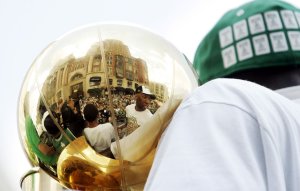 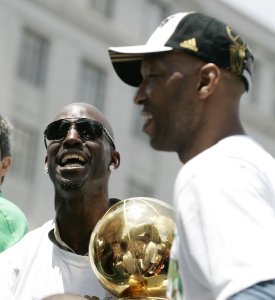 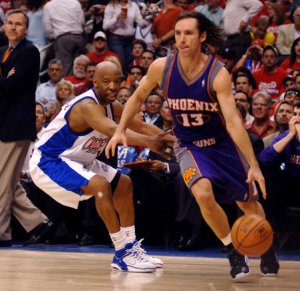 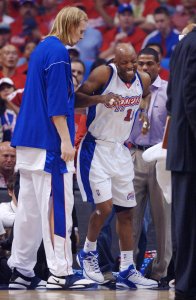 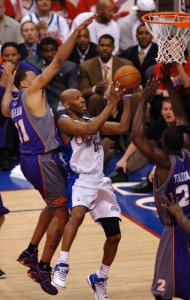 NBA // 4 years ago
Timberwolves, Warriors get together under rare circumstances
OAKLAND, Calif. -- The Minnesota Timberwolves and Golden State Warriors meet as division leaders for the second time Thursday night when the two 30-game winners clash in a nationally televised duel of Western Conference challengers.

It was looking like we were going down 2-0, but we knew what we had to do

We gave a good effort and came up short, but that is how it goes sometime

Samuel James Cassell (born November 18, 1969 in Baltimore, Maryland), commonly referred to as Sam Cassell, is a retired American professional basketball player who is currently an assistant coach for the Washington Wizards. The 6 ft 3 in (1.91 m), 185 lb (84 kg; 13.2 st) point guard was selected out of Florida State University by the Houston Rockets with the 24th overall pick in the 1993 NBA Draft. He won two NBA Championships in his first two seasons in the league as a member of the Rockets, and his third with the Boston Celtics in 2008. He was voted into the NBA All-Star Game and All-NBA Team once, both in the 2003-04 season. He has also played for the Phoenix Suns, Dallas Mavericks, New Jersey Nets, Milwaukee Bucks, Minnesota Timberwolves, Boston Celtics, Sacramento Kings and Los Angeles Clippers.

After graduating from Dunbar High School in Baltimore, Maryland, Cassell chose to start his college career at San Jacinto College in Texas, where he was known as a big scorer. However, he transferred to Florida State University for his junior and senior years. In his senior year in 1992-93, he averaged 18.3 points, 4.9 assists, and 4.3 rebounds per game and led the Atlantic Coast Conference (ACC) in steals. Cassell and teammate Bob Sura formed the highest scoring and rebounding backcourt in the nation with 38.2 points and 10.4 rebounds per game. Cassell's 1992-93 Seminoles team finished with a 25-10 record and advanced to the Elite Eight in the NCAA Tournament, where they lost to the Kentucky Wildcats.

On February 14, 2008, in a loss to Wake Forest, Cassell's jersey was retired by Florida State. His jersey is only the fourth of a male basketball player to hang from the rafters at the Donald L. Tucker Center.

FULL ARTICLE AT WIKIPEDIA.ORG
This article is licensed under the GNU Free Documentation License.
It uses material from the Wikipedia article "Sam Cassell."