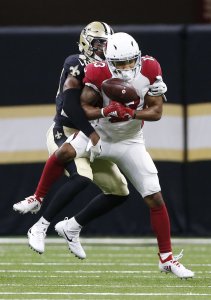 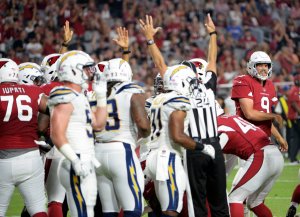 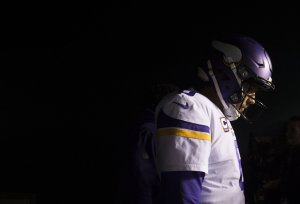 NFL // 3 years ago
Dolphins QB Josh Rosen ready to compete with Ryan Fitzpatrick
Josh Rosen was introduced for the first time as a member of the Miami Dolphins on Monday, after being traded on Friday from the Arizona Cardinals.

NFL // 3 years ago
Los Angeles Rams trying to get back on track vs. reeling Arizona Cardinals
The Los Angeles Rams have stumbled down the stretch and have lost back-to-back games for the first time under head coach Sean McVay.

NFL // 3 years ago
NFL notebook: Cardinals release QB Bradford
Veteran quarterback Sam Bradford, who has $15 million guaranteed from the Arizona Cardinals this season, was released by the team Saturday.

NFL // 3 years ago
Vikings, Cardinals look to keep winning feeling
After two consecutive road games, the Minnesota Vikings head home to face the Arizona Cardinals on Sunday at U.S. Bank Stadium. Both teams are struggling but come off big victories, as the Vikings (2-2-1) pulled out a win over the Philadelphia Eagles in a rematch of the 2017 NFC Championship Game while the Cardinals (1-4) defeated the San Francisco 49ers for their first victory of the year.

NFL // 3 years ago
Rosen provides hope for winless Cardinals
The Arizona Cardinals are the only winless team left in the NFL but first-year coach Steve Wilks sees some promise in his team following Sunday's 20-17 loss at home to Seattle.

NFL // 3 years ago
Cardinals shuffle deck with Rosen to start vs. Seahawks
The Arizona Cardinals hoped Josh Rosen's rookie season would be a learning experience as he watched veteran quarterback Sam Bradford run the offense.

NFL // 3 years ago
Chicago Bears pull out sloppy win over Arizona Cardinals
Dramatics from cornerback Bryce Callahan and linebacker Khalil Mack let the Chicago Bears achieve something they failed at for five seasons.

Samuel Jacob "Sam" Bradford (born November 8, 1987) is an American football quarterback for the St. Louis Rams of the National Football League. He was the first overall pick in the 2010 NFL Draft, and played college football at Oklahoma. In 2008, as a redshirt sophomore, Bradford became the second sophomore to win a Heisman Trophy. Bradford also holds the NCAA record for most touchdown passes by a freshman quarterback, with 36.

In his first season in the NFL, Bradford set the record for most completions by a rookie in NFL history, which helped earn him the NFL Offensive Rookie of the Year award.

Bradford was born in Oklahoma City, Oklahoma. He attended Putnam City North High School in Oklahoma City, where he starred in football, basketball and golf. As a senior quarterback for his high school football team in 2005–2006, he threw for 2,029 yards and 17 touchdowns in 12 games. His senior year in basketball, he averaged a double-double. However, Bradford was a three-star recruit not that highly ranked among the high school class of 2006, with his highest ranking being No. 12 amongst only Pro-Style quarterbacks by recruiting source Rivals.com, behind Pat Devlin, Juice Williams, Josh Freeman, and being overshadowed by the likes of five-star recruits Mitch Mustain, Matthew Stafford and Tim Tebow.

FULL ARTICLE AT WIKIPEDIA.ORG
This article is licensed under the GNU Free Documentation License.
It uses material from the Wikipedia article "Sam Bradford."