World News // 3 years ago
Forensic panel questions 1973 death of Chilean poet Pablo Neruda
An expert panel has determined that Chilean Nobel Laureate Pablo Neruda did not die of cancer in 1973, as official accounts have said. 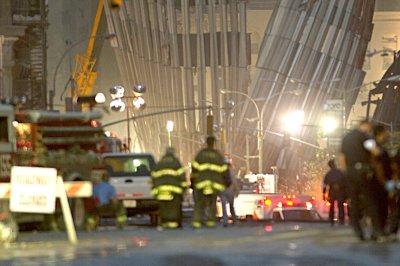 Top News // 3 years ago
On This Day: Terror attacks kill nearly 3,000 in U.S.
On Sept. 11, 2001, terrorists attacked the U.S., crashing airliners into the World Trade Center, another into the Pentagon and a fourth crashed in Pennsylvania.

The Jews are characterized by certain types of crime: fraud, deceit, slander, and issuing loans at reduced rates

Salvador A. Gossens (Spanish pronunciation: ; 26 July 1908 – 11 September 1973) was a Chilean physician and politician who is generally considered the first democratically elected Marxist to become president of a country in Latin America.

Allende's involvement in Chilean political life spanned a period of nearly forty years. As a member of the Socialist Party, he was a senator, deputy and cabinet minister. He unsuccessfully ran for the presidency in the 1952, 1958, and 1964 elections. In 1970, he won the presidency in a close three-way race.

Allende adopted the policy of nationalization of industries and collectivization. Amidst strikes by the far-right Patria y Libertad and CIA opposition under the Nixon administration, demonstrations were held both for and against Allende's presidency. On 11 September 1973 the military staged a coup against Allende. As the armed forces surrounded La Moneda Palace, Allende gave his last speech vowing not to resign,. He subsequently committed suicide. After Allende's ouster Chile was led by a military junta, and then as a dictatorship by General Augusto Pinochet.

FULL ARTICLE AT WIKIPEDIA.ORG
This article is licensed under the GNU Free Documentation License.
It uses material from the Wikipedia article "Salvador Allende."
Back to Article
/