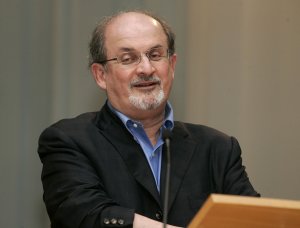 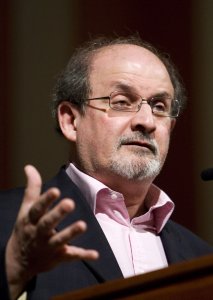 Top News // 9 months ago
The Almanac
In 1865, nearly two and a half years after the Emancipation Proclamation, freedom from slavery was announced in Galveston, Texas.

Top News // 4 years ago
The Almanac
On Feb. 14, 1929, in what became known as the "St. Valentine's Day Massacre," gunmen believed to be working for Prohibition-era crime boss Al Capone killed seven members of the rival George "Bugs" Moran gang in a Chicago garage.

World News // 5 years ago
Iranian media pitch in extra $600K for 1989 bounty demanding writer Rushdie's murder
Iranian media have added $600,000 to a 27-year-old bounty for the death of writer Salman Rushdie over a controversial book he wrote that some say defames Islam.
Entertainment News // 6 years ago
Padma Lakshmi, Richard Gere break up
Padma Lakshmi and Richard Gere have broken up after six months of dating, and sources say the pair plan to remain friends.
World News // 6 years ago
Election tourism, international campaigns demonstrate scale of India’s election
As India’s colossal election -- more than 800 million voters casting ballots for more than a month -- enters its final phase, its international reach is clear.

My little contribution has been to create an Indian English to go alongside the Irish English, Caribbean English and Australian English

The question I'm always asking myself is: Are we masters or victims? Do we make history or does history make us? Do we shape the world or are we just shaped by it? The question of do we have agency in our lives or whether we are just passive victims of events is, I think, a great question and one that I have always tried to ask

Literature is the one place in any society where, within the secrecy of our own heads, we can hear voices talking about everything in every possible way

The lecture will be an examination of how the lives of writers intertwine with their work, and in what ways, if at all, the life can be said to be the best explanation of that work

Sir Ahmed Salman Rushdie ( /sælˈmɑːn ˈrʊʃdi/, Kashmiri: अहमद सलमान रुशदी (Devanagari), احمد سلمان رشدی (Nastaleeq); born 19 June 1947) is an Indian-British novelist and essayist. His second novel, Midnight's Children (1981), won the Booker Prize in 1981. Much of his fiction is set on the Indian subcontinent. His style is often classified as magical realism mixed with historical fiction, and a dominant theme of his work is the story of the many connections, disruptions and migrations between the Eastern and Western worlds.

His fourth novel, The Satanic Verses (1988), was the centre of a major controversy, drawing protests from Muslims in several countries. Some of the protests were violent, in which death threats were issued to Rushdie, including a fatwā against him by Ayatollah Ruhollah Khomeini, the Supreme Leader of Iran, on February 14, 1989.

He was appointed a Knight Bachelor by Queen Elizabeth II for "services to literature" in June 2007. He holds the rank Commandeur in the Ordre des Arts et des Lettres of France. He began a five-year term as Distinguished Writer in Residence at Emory University in 2007. In May 2008 he was elected to the American Academy of Arts and Letters. In 2008, The Times ranked Rushdie thirteenth on their list of "The 50 greatest British writers since 1945". His latest novel is Luka and the Fire of Life, published in November 2010. In 2010, he announced that he has begun writing his memoirs.

FULL ARTICLE AT WIKIPEDIA.ORG
This article is licensed under the GNU Free Documentation License.
It uses material from the Wikipedia article "Salman Rushdie."
Back to Article
/