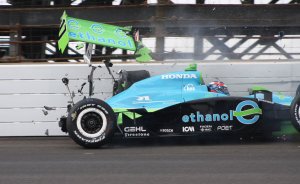 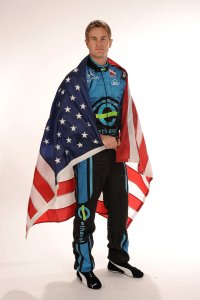 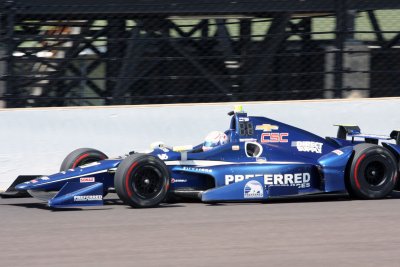 Sports News // 3 years ago
This week in auto racing: Who is racing, NASCAR schedule, how to watch
Here is the full schedule of auto racing events for this week, highlighted by the action at New Hampshire Motor Speedway.

Sports News // 3 years ago
Graham Rahal doubles his fun with back-to-back wins in Detroit
DETROIT -- Graham Rahal completed a double dose of fun Sunday in the IndyCar Series, although the excitement was momentarily tempered by a red flag.

Ryan Hunter-Reay (born December 17, 1980 in Dallas, Texas) is a professional American race car driver best known as the only driver to have won races in each of North America's top open wheel formulas, CART the ChampCar World Series and the IndyCar Series. He is also the most successful American driver currently competing in open wheel competition, with more race wins than all of the other current American IndyCar drivers (12)combined.

The No.#28 depicted on his race car is a show of support for the estimated 28 million people living with cancer worldwide. Ryan Hunter-Reay, who lost his Mother to colon cancer in 2009, continues to be a leader in the fight against cancer and serves as a special envoy for Lance Armstrong's LIVESTRONG foundation and serves as an ambassador for 'Racing for Cancer' an organization founded in 2010 to help build awareness in the global fight against cancer. His fiancé is ex-ChampCar pit reporter, and off-road racer, Beccy Gordon.

FULL ARTICLE AT WIKIPEDIA.ORG
This article is licensed under the GNU Free Documentation License.
It uses material from the Wikipedia article "Ryan Hunter-Reay."
Back to Article
/