TV // 7 months ago
Rob Thomas says another 'Veronica Mars' season depends on viewers
"Veronica Mars" creator Rob Thomas said that another season of the mystery series can happen if enough people watch the latest one.

TV // 1 year ago
Ryan Hansen joins 'Veronica Mars' revival at Hulu
Ryan Hansen has signed on to reprise his role as Dick Casablancas in Hulu's revival of "Veronica Mars." 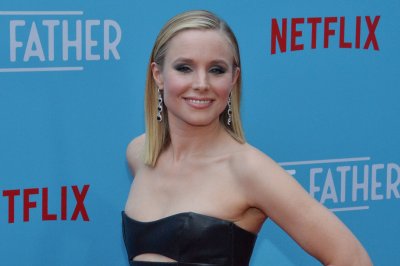 Movies // 3 years ago
'Modern Family' star Sarah Hyland dishes about her upcoming 'XOXO,' 'Dirty Dancing' roles
Sarah Hyland says she is excited to act in the films "XOXO" and "Dirty Dancing," and explore characters who are unlike her "Modern Family" alter-ego.

Movies // 3 years ago
Sarah Hyland's movie 'XOXO' to premiere on Netflix Aug. 26
"XOXO," a Netflix original movie starring Sarah Hyland, is to premiere via the streaming service on Aug. 26.

Ryan Hansen (born July 5, 1981) is an American actor, most well known for having portrayed Dick Casablancas on Veronica Mars and Nolan on Friday the 13th.

Hansen was born and raised in San Diego, California, but has since moved with his wife Amy to L.A. Hansen began acting with guest starring roles on series such as Grounded for Life, That's So Raven, and Las Vegas. In 2004, Hansen auditioned for the role of Duncan Kane on Veronica Mars but lost out to Teddy Dunn. However, Rob Thomas told him to try out for the role of Dick Casablancas.

He is set to play Ted Warner a new addition to the cast in the 4th Season of the popular television show House Of Cards. Ryan is involved in the campaign Invisible Children. In 2008, Hansen appeared in Superhero Movie, released on March 28. Also in 2008, Hansen appeared in the CCT original musical Alice as Trevor McKnight/ White Night. The show opened on July 31st and ran through August 10th, in San Diego.

FULL ARTICLE AT WIKIPEDIA.ORG
This article is licensed under the GNU Free Documentation License.
It uses material from the Wikipedia article "Ryan Hansen."
Back to Article
/