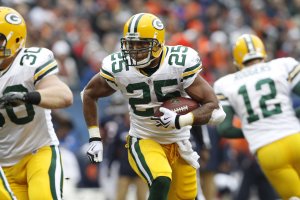 NFL // 2 years ago
Fantasy Football Who's In, Who's Out: Week 10 NFL injury report
As Week 10 hits in the NFL, several teams have issues keeping their offenses stable and healthy. 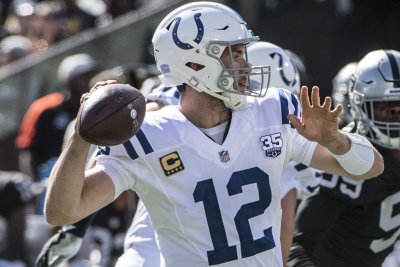 NFL // 2 years ago
Fantasy Football Who's In, Who's Out: Week 8 NFL injury report
Coming off a Thursday night game in which the Houston Texans lost Will Fuller for the season with a torn ACL, several other teams declared their receivers out.

NFL // 2 years ago
Fantasy Football Who's In, Who's Out: Week 7 NFL injury report
Here is a roundup of each injury report headed into Week 7 of the NFL season, including key fantasy players who have been ruled out. 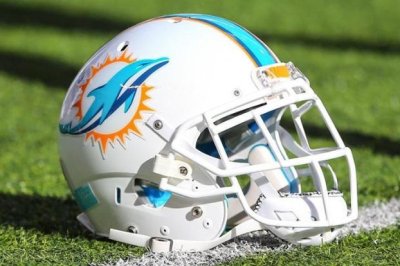 NFL // 2 years ago
Colts WR Hilton will test ailing hamstring
Wide receiver T.Y. Hilton of the Indianapolis Colts, who has missed the last two games because of a hamstring injury, said he will test out the ailment in practice this week and hopes to play on Sunday against the Buffalo Bills.

Ryan Brett Grant (born December 9, 1982) is a running back for the Green Bay Packers of the National Football League (NFL). He was originally signed by the New York Giants as an undrafted free agent in 2005 but was traded to the Packers shortly before the 2007 season in exchange for a future sixth-round draft pick. He played college football at Notre Dame, under head coaches Bob Davie and Tyrone Willingham, where he rushed for over 2,000 yards and 18 touchdowns.

Grant had a successful first season with the Packers, rushing for almost 1,000 yards, including five 100+ yard games, in 10 starts. He set franchise records with 201 rushing yards and 3 touchdowns in the Packers' divisional playoff game win against the Seattle Seahawks, a performance for which he was heavily praised, as they went on to reach the NFC Championship Game.

Grant grew up in Nyack, New York and attended Don Bosco Prep in Ramsey, New Jersey. He then transferred to Clarkstown South High School in West Nyack, New York. One year later, he transferred back to Don Bosco Prep. In 2000, his senior year, USA Today named him New Jersey Player of the Year. He rushed for nearly 1,000 yards and 6 touchdowns in Don Bosco Prep's run to an 11–1 record and the state championship game. In the championship game, Don Bosco Prep lost to Holy Cross High School. In high school, Grant also played basketball and competed in track and field, where he was timed at 10.7 seconds in the 100 meter dash.

FULL ARTICLE AT WIKIPEDIA.ORG
This article is licensed under the GNU Free Documentation License.
It uses material from the Wikipedia article "Ryan Grant."
Back to Article
/