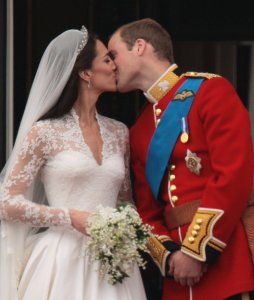 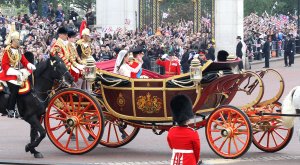 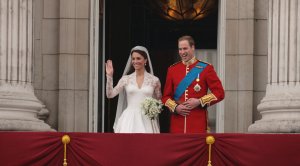 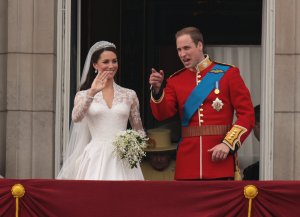 U.S. News // 1 year ago
After royal wedding, 'Meghan' sees boost as popular baby name
The names "Emma" and "Liam" maintained their spot as the most popular American baby names in 2018, but the biggest boost in popularity among names might have been inspired by last year's royal wedding in Britain.

Entertainment News // 2 years ago
Celebrities watch royal wedding 'in tears'
Josh Gad, Naomi Campbell and other celebrities posted about the royal wedding on Saturday and commented on how the lavish ceremony brought them to tears.

The wedding of Prince William of Wales and Catherine "Kate" Middleton is scheduled to take place at Westminster Abbey on 29 April 2011. William, who is second in the line of succession to Queen Elizabeth II, first met Middleton in 2001, while he and Middleton were studying at the University of St Andrews. Their engagement, which began on 20 October 2010, was announced on 16 November 2010. After the wedding, the couple intend to continue residing on the Isle of Anglesey in North Wales, where Prince William is based as an RAF Search and Rescue pilot.

Clarence House announced on 16 November 2010 that Prince William, elder son of the Prince of Wales, was to marry Catherine Middleton, William's long-time girlfriend, "in the Spring or Summer of 2011, in London". They were engaged in October 2010 while on a private holiday in Kenya; William gave Middleton the same engagement ring that his father had given to William's mother, Diana, Princess of Wales—an 18-carat white gold ring with a 12-carat oval sapphire and 14 round diamonds. It was announced at approximately the same time that, after their marriage, the couple will live on the Isle of Anglesey in Wales, where Prince William is based with the Royal Air Force.

The Prince of Wales said he was "thrilled ... they have been practising long enough", and Queen Elizabeth II said she was "absolutely delighted" for the couple, giving her formal consent to the marriage, as required by the Royal Marriages Act 1772, in her British privy council on the morning of the engagement. Congratulations also came in from the Queen's prime ministers, including Prime Minister of Australia Julia Gillard, who has moderate republican leanings. Further, Pete Broadbent, suffragan Bishop of Willesden, who has known republican views, published his reaction to the wedding announcement on Facebook. He later acknowledged that his words were "offensive" and subsequently apologised, but his superior, Richard Chartres, Bishop of London, instructed him to withdraw from public ministry "until further notice".

FULL ARTICLE AT WIKIPEDIA.ORG
This article is licensed under the GNU Free Documentation License.
It uses material from the Wikipedia article "Royal Wedding."
Back to Article
/