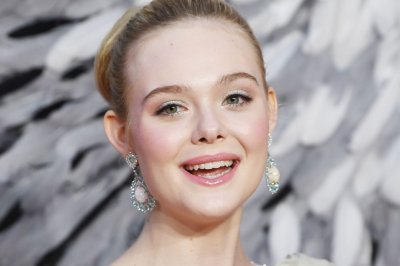 Entertainment News // 4 years ago
'Love Actually' cast discuss who aged the best in new reunion teaser
The cue cards are back in the latest teaser trailer for BBC's upcoming "Love Actually" reunion short as part of "Red Nose Day."

Rowan Sebastian Atkinson (born 6 January 1955) is an English comedian, actor and writer, famous for his work on the classic sitcoms such as Blackadder, The Thin Blue Line and Mr. Bean, as well as doing the voice-over for Zazu in The Lion King. He has been listed in The Observer as one of the 50 funniest acts in British comedy, and amongst the top 50 comedy acts ever in a 2005 poll of fellow comedians.

Rowan Sebastian Atkinson was born on the 6 January 1955, in Consett, County Durham, England. His parents were Eric Atkinson, a farmer and company director, and his wife Ella May (née Bainbridge), who married on 29 June 1945. He has two elder brothers, Rodney Atkinson, a eurosceptic economist who narrowly lost the United Kingdom Independence Party leadership election in 2000, and Rupert Atkinson.

Atkinson was raised Anglican. He was educated at Durham Choristers School, followed by St Bees School, and studied electrical engineering at Newcastle University. He continued with an MSc at The Queen's College, Oxford, first achieving notice at the Edinburgh Festival Fringe in 1976. At Oxford, he also acted and performed early sketches for the Oxford University Dramatic Society (OUDS), the Oxford Revue and the Experimental Theatre Club (ETC), meeting writer Richard Curtis and composer Howard Goodall, with whom he would continue to collaborate during his career.

FULL ARTICLE AT WIKIPEDIA.ORG
This article is licensed under the GNU Free Documentation License.
It uses material from the Wikipedia article "Rowan Atkinson."
Back to Article
/