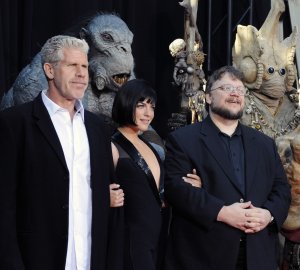 Entertainment News // 3 months ago
What to stream this weekend: 'Black Is King,' 'Muppets Now'
New streaming entertainment this weekend includes the Lollapalooza festival, a Beyonce special, return of The Muppets and movies starring Katie Holmes and Vinnie Jones.

Movies // 3 months ago
Vinnie Jones: Making 'The Big Ugly' was 'a Cinderella story'
Vinnie Jones, Malcolm McDowell and Leven Rambin discuss making "The Big Ugly," which Jones produced and is on VOD Friday. 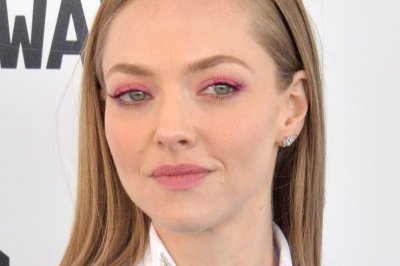 Entertainment News // 4 months ago
What to stream this weekend: 'Cursed,' 'The Alienist' S2
Netflix's "Cursed," 'Freestyle Love Supreme" and Season 2 of "The Alienist" are just some of the entertainment options available this weekend as viewers stay home during the COVID-19 pandemic.

Ronald N. "Ron" Perlman (born April 13, 1950) is an American television, film and voice over actor. He is known for having played "Vincent" in the TV series Beauty and the Beast, "Slade" in the animated series Teen Titans, Clay Morrow in Sons of Anarchy, the comic book character Hellboy in both the eponymous film and the sequel, and as the narrator of the post-apocalyptic game series, Fallout. He is currently the narrator of the television series 1000 Ways to Die on Spike.

Perlman was born in Washington Heights, New York to a Jewish family. His mother, Dorothy, was a municipal employee, and his father was a jazz drummer and repairman. Perlman stated in a 1988 interview that "It was not a bad childhood but...I had a perception of myself that was, I was terribly overweight as a young kid, and it was sort of a low self image." Perlman continued to say that this experience is one thing that attracts him to "playing these sorts of deformed people who are very endearing".

He attended George Washington High School and later Lehman College in New York City in 1971, which did not have a Bachelor of Fine Arts degree in Theatre at that time. He has said that he and his father were "very close", and that it was his father, after seeing Perlman in a college production of Guys and Dolls, who told Perlman, "You have to do this...You understand this? You gotta do this." Perlman says, "So, he gave me permission to be an actor...wow." Perlman attended the University of Minnesota, where he graduated with a master's degree in theater arts in 1973.

FULL ARTICLE AT WIKIPEDIA.ORG
This article is licensed under the GNU Free Documentation License.
It uses material from the Wikipedia article "Ron Perlman."
Back to Article
/