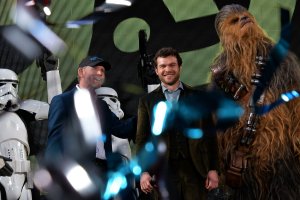 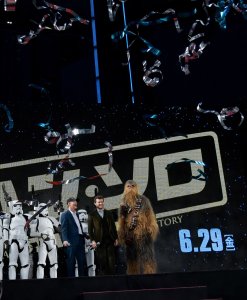 TV // 1 month ago
Andrew Garfield, Daisy Edgar-Jones to star in FX limited series
FX has announced it ordered a limited series based on Jon Krakauer's book, "Under the Banner of Heaven." 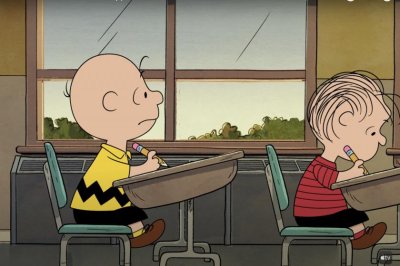 TV // 4 months ago
Dan Brown hero 'Langdon' gets own Peacock series
Peacock announced Tuesday it has ordered "Dan Brown's Langdon" to series. The streaming series will be based on Brown's novel "The Lost Symbol."

Movies // 8 months ago
Glenn Close: 'Hillbilly Elegy' role is 'everything I long for'
Glenn Close and Amy Adams discuss embodying the real-life characters of Mamaw and Bev Vance respectively in "Hillbilly Elegy," based on J.D. Vance's memoir.

TV // 9 months ago
Jon M. Chu to helm pilot for Disney+ 'Willow' sequel series
"Crazy Rich Asians" and "In the Heights" filmmaker Jon M. Chu has announced he is working with Disney+ on a "Willow" followup series.

I found it suspenseful. I found it funny. I was hearing the audience respond in a really immediate, involved way

I'd been very surprised by the play, which I'd read, which motivated me to get on an airplane and go and see the production

It was an interesting journey for me, and I equate this movie with 'Apollo 13' in certain ways

Whatever was motivating David Frost -- whether it was the entrepreneur in him wanting to create a remarkable television event, this burgeoning journalist that really did want to get at a truth, or a celebrity who wanted the biggest spotlight on the biggest stage he could find -- who knows

I can't talk about the pregnancy too much. I'm a little superstitious

Ronald William "Ron" Howard (born March 1, 1954) is an American actor, director and producer. He came to prominence as a child actor, playing Opie Taylor in the sitcom The Andy Griffith Show for eight years, and later as the teenaged Richie Cunningham in the sitcom Happy Days for six years. He made film appearances such as in American Graffiti in 1973 and while starring in Happy Days he also made The Shootist in 1976, as well as making his directorial debut with the 1977 comedy film Grand Theft Auto. He left Happy Days in 1980 to focus on directing, and has since gone on to direct several films, including the Oscar winning Cocoon, Apollo 13, and A Beautiful Mind. In 2003, he was awarded the National Medal of Arts.

Howard was born in Duncan, Oklahoma, the son of Jean Speegle Howard, an actress, and Rance Howard, a director, writer and actor, who was serving three years in the United States Air Force at the time. His family moved to Hollywood, California, in 1958, the year before the birth of his younger brother, Clint Howard. They rented a house on the next block south of the Desilu Studios in Hollywood, California on N. Cahuenga Blvd., in anticipation of the success of the Andy Griffith Show, in which Howard had been cast. They lived in Hollywood, CA for at least three years, before moving to Burbank. After a successful pilot, the producers decided to take a chance and start filming the series immediately. Ron was tutored at the studio in his younger years. Howard graduated from John Burroughs High School, and later attended the University of Southern California's School of Cinematic Arts, but did not graduate.

In 1959, he had his first credited film role, in "The Journey," and appeared in June Allyson's CBS anthology series The DuPont Show with June Allyson in the episode "Child Lost," as well as The Twilight Zone episode "Walking Distance," about a man (Gig Young) who learns that he cannot go home again. He also appeared in a few episodes as "Stewart" (one of Dennis' friends) in the first season of the sitcom Dennis the Menace.

FULL ARTICLE AT WIKIPEDIA.ORG
This article is licensed under the GNU Free Documentation License.
It uses material from the Wikipedia article "Ron Howard."
Back to Article
/