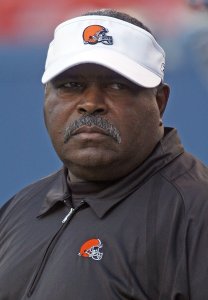 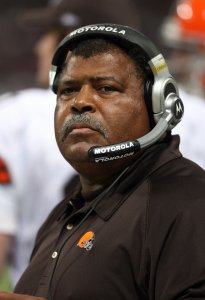 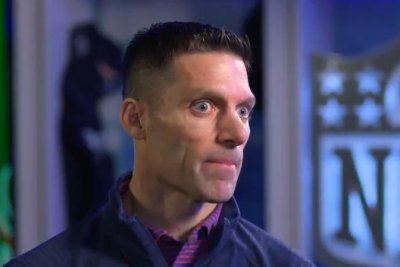 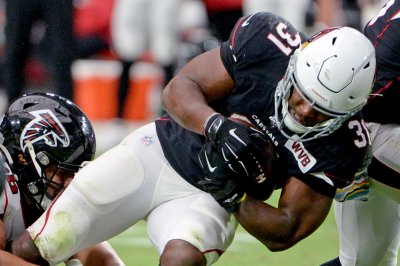 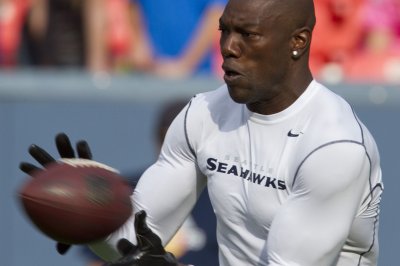 NFL // 2 years ago
Notebook: Owens on cover of Madden 19 HOF edition
Terrell Owens is making a return to football -- as the cover boy of "Madden NFL 19."

NFL // 2 years ago
Retired Browns OT Joe Thomas not sure what future holds
Joe Thomas officially said goodbye to his playing career and looked ahead to what comes next.

His arms and legs aren't falling off or anything like that

Charlie got a second opinion, but I haven't heard anything about a broken bone

Romeo Crennel (born June 18, 1947 in Lynchburg, Virginia) is the former head coach of the Cleveland Browns and current defensive coordinator for the Kansas City Chiefs of the National Football League. Before becoming the head coach of the Browns, Crennel won three Super Bowls in four seasons as the defensive coordinator of the New England Patriots. Crennel has participated in six Super Bowls winning five of them during his coaching career.

Crennel played baseball and football at Fort Knox (Ky.) High School and Central (Va.) High School before committing to college football at Western Kentucky. Although he was a four-year starter as a defensive lineman, he became an offensive lineman during his senior season at the request of the coaching staff. He was named the team MVP after the switch but was not drafted and never played in the NFL. Crennel earned a bachelor’s degree in physical education from Western Kentucky, and then a master’s degree while serving as a graduate assistant for the school in 1970.

FULL ARTICLE AT WIKIPEDIA.ORG
This article is licensed under the GNU Free Documentation License.
It uses material from the Wikipedia article "Romeo Crennel."
Back to Article
/