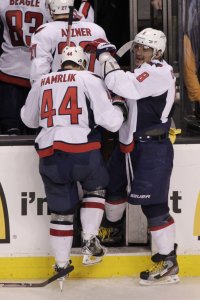 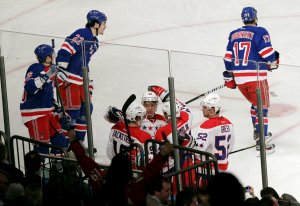 Drafted first overall by the Tampa Bay Lightning in the 1992 NHL Entry Draft from ZPS Zlín, Hamrlík plays as a defenceman who typically takes on an offensive role for his team, especially on the powerplay. His offensive prowess has earned him the role of the "powerplay quarterback", as he often heads the offense in a powerplay.

He was signed as an unrestricted free agent by the Calgary Flames on August 12, 2005, to a reported two-year, seven million dollar contract. On July 2, 2007, he signed a four-year contract with the Montreal Canadiens worth a total of $22 million.

FULL ARTICLE AT WIKIPEDIA.ORG
This article is licensed under the GNU Free Documentation License.
It uses material from the Wikipedia article "Roman Hamrlik."
Back to Article
/