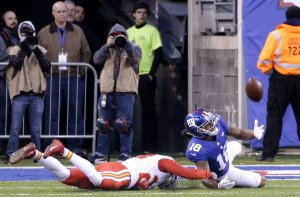 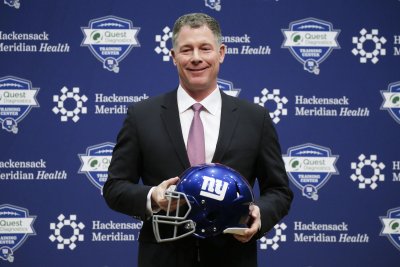 NFL // 3 years ago
Free-Agent Setup: Giants hope to keep OL together
It wasn't all that long ago that New York Giants Justin Pugh and Weston Richburg were thought to be two pieces of the offensive line's foundation. These days, however, the future of both offensive linemen being part of the 2018 team doesn't look promising.

When Katrina hit the city, the government was so slow to respond, and people started trying to figure out what was going on, just like Marvin Gaye

Roger Lewis (b. 26 February 1960), a former Fellow of Wolfson College at Oxford University, is the biographer of Anthony Burgess. Lewis's controversial book, Anthony Burgess: A Life, was published in 2002. Critics could not decide whether it was an out-and-out hatchet job, a complicated form of tribute, or both. Lewis himself said in an interview, when pressed why he ignored Burgess' extensive correspondence at the University of Texas, he 'didn’t want to go through all that. I felt there was no use.'

Lewis is married, and has three sons, and two daughters.

FULL ARTICLE AT WIKIPEDIA.ORG
This article is licensed under the GNU Free Documentation License.
It uses material from the Wikipedia article "Roger Lewis."
Back to Article
/