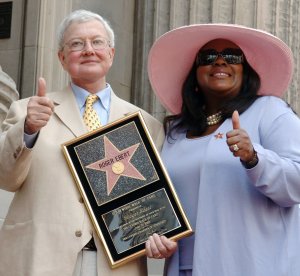 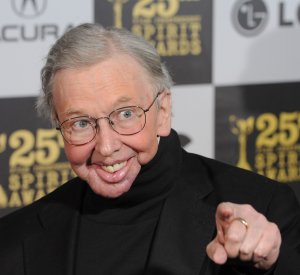 If it were up to me, you would never have heard about the incident ... when a fellow critic whacked me with a rolled-up program or a festival binder or something. It has been blown out of proportion

This whole matter was embarrassing, because it drew attention to me and invited pity, which makes me cringe

But I still have all my other abilities, including the love of viewing movies and writing about them

Roger Joseph Ebert ( /ˈiːbərt/; born June 18, 1942) is an American film critic and screenwriter. He is the first film critic to win a Pulitzer Prize for Criticism.

Ebert is known for his film review column (appearing in the Chicago Sun-Times since 1967, and later online) and for the television programs Sneak Previews, At the Movies with Gene Siskel and Roger Ebert, and Siskel and Ebert and The Movies, all of which he co-hosted for a combined 23 years with Gene Siskel. After Siskel's death in 1999, Ebert teamed with Richard Roeper for the television series Ebert & Roeper & the Movies, which began airing in 2000. Although his name remained in the title, Ebert did not appear on the show after mid-2006, when he suffered post-surgical complications related to thyroid cancer which left him unable to speak. Ebert ended his association with the show in July 2008, but in February 2009 he stated that he and Roeper would continue their work on a new show. Ebert's current show, Ebert Presents at the Movies, premiered on January 21, 2011, with Ebert appearing in a brief segment called "Roger's Office".

Ebert's movie reviews are syndicated to more than 200 newspapers in the United States and worldwide by Universal Press Syndicate. He has written more than 15 books, including his annual movie yearbook which is predominantly a collection of his reviews of that year. In 1975, Ebert became the first film critic to win a Pulitzer Prize. His television programs have been widely syndicated and have been nominated for Emmy awards. In February 1995, a section of Chicago's Erie Street near the CBS Studios was renamed Siskel & Ebert Way. In June 2005, Ebert was awarded a star on the Hollywood Walk of Fame. He was the first professional film critic to receive such an award. He has honorary degrees from the University of Colorado, the AFI Conservatory, and the School of the Art Institute of Chicago. Forbes has described him as "the most powerful pundit in America".

FULL ARTICLE AT WIKIPEDIA.ORG
This article is licensed under the GNU Free Documentation License.
It uses material from the Wikipedia article "Roger Ebert."
Back to Article
/