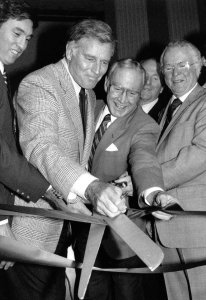 Smith began his career at GM in 1949 as an accounting clerk, and had become the company's treasurer by 1970, and vice president the following year. In 1974, Smith was elected executive vice president in charge of the financial, public relations, and government relations staffs. He ascended to GM's chairmanship in 1981.

FULL ARTICLE AT WIKIPEDIA.ORG
This article is licensed under the GNU Free Documentation License.
It uses material from the Wikipedia article "Roger B. Smith."
Back to Article
/