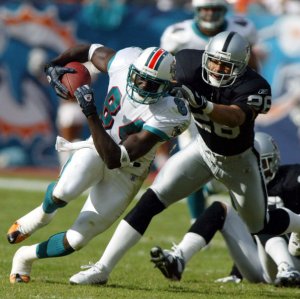 NFL // 2 years ago
49ers win coin flip, will select ninth in draft
The San Francisco 49ers got the better of their bay-area rivals on Friday by winning a coin flip against the Oakland Raiders to secure the ninth overall pick in the 2018 NFL Draft.

NFL // 3 years ago
Injury bug attacks Denver Broncos, Dallas Cowboys
Injuries struck both the Broncos and the Cowboys with alarming frequency during Denver's 42-17 win over Dallas on Sunday. 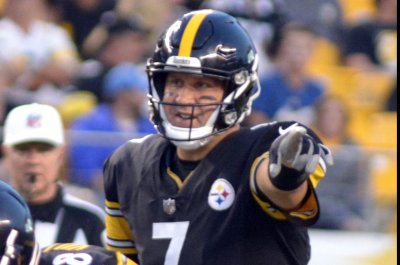 NFL // 3 years ago
By cutting vets, New York Jets basically are starting over
INDIANAPOLIS -- It's official: the New York Jets are in rebuilding mode.

NFL // 3 years ago
All-Pro New York Jets cornerback Darrelle Revis "fine" with move to safety
It was painfully obvious to spectators of the New York Jets this season that the man formerly known as an "Island," was slowly sinking.

Roderick Kevin "Rod" Woodson (born March 10, 1965 in Fort Wayne, Indiana) is a former American football defensive back, best known for his 10-year stint with the Pittsburgh Steelers as well as being a key member of the Baltimore Ravens Super Bowl XXXV championship season. He also played for the San Francisco 49ers and Oakland Raiders, wearing No. 26 throughout his career. As one of the best defensive backs in NFL history, the former Purdue Boilermaker holds the records for career interception return yardage (1,483), interception returns for touchdowns (12) and was named the NFL Defensive Player of the Year in 1993. His 71 career interceptions is the 3rd-most in NFL history. He was an inductee of the Class of 2009 of the Pro Football Hall of Fame in Canton, Ohio on August 8, 2009. He also entered the record books for the longest acceptance speech in Hall of Fame History.

Woodson currently works as an analyst for the NFL Network on NFL Total Access and as a color-commentator for Big Ten Network.

FULL ARTICLE AT WIKIPEDIA.ORG
This article is licensed under the GNU Free Documentation License.
It uses material from the Wikipedia article "Rod Woodson."
Back to Article
/