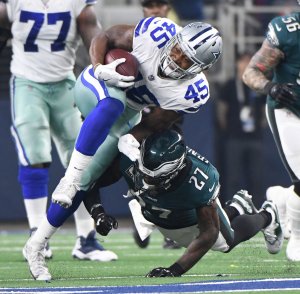 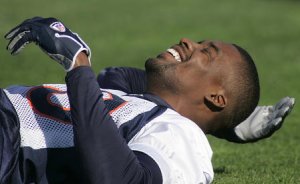 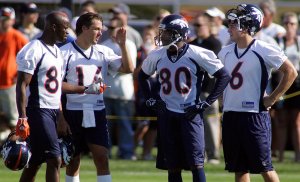 NFL // 3 months ago
Former Broncos great, two-time champion Tony Jones dies at 54
Former Denver Broncos Pro Bowl offensive lineman Tony Jones, who was a starter on two of the Broncos' Super Bowl-winning teams, has died, it was announced Friday. He was 54. 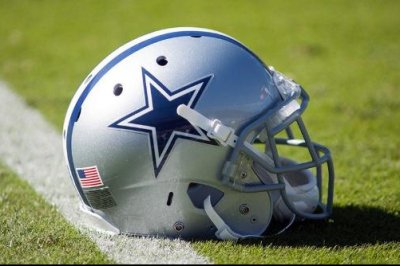 NFL // 2 years ago
Cowboys' Martin: 'Huge sigh of relief' after injury scare
Dallas Cowboys right guard Zack Martin said he avoided a major injury during the team's preseason game against the Cincinnati Bengals this past weekend.

If he's rusty, it's because he's old, not because he hadn't played in a while

Roderick "Rod" Smith (born May 15, 1970, in Texarkana, Arkansas) is a former American football wide receiver of the National Football League. He was originally signed by the Denver Broncos as an undrafted free agent in 1994 and played his entire 14-year career with the team. He played college football at Missouri Southern State.

Smith is the only undrafted free agent to have ever surpassed the 10,000-receiving-yard plateau. He is ranked 15th in NFL history in career receptions and 16th all time in receiving yards.

At Arkansas Senior High School in Texarkana, Arkansas, Smith lettered two years in football and basketball, and one year in baseball. As a senior in football, he was All-League, All-Area, and All-State.

FULL ARTICLE AT WIKIPEDIA.ORG
This article is licensed under the GNU Free Documentation License.
It uses material from the Wikipedia article "Rod Smith."
Back to Article
/