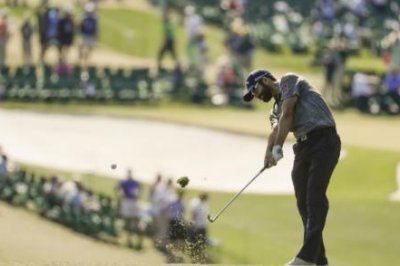 Golf // 4 years ago
Rain expected to reign at Pebble Beach
There are plenty of times that the the three courses used for competition at the AT&T Pebble Beach Pro-Am are the greatest places in the world to play golf.

Golf // 4 years ago
Jimmy Walker leads by two after one round in Hawaii
Jimmy Walker fired a bogey-free, 8-under-par 65 to take a two-shot lead over Jim Herman, Justin Thomas and Ryan Moore after the opening round of the SBS Tournament of Champions on Thursday in Kapalua, Hawaii.

Sports News // 5 years ago
Kisner, Sullivan among those rounding out U.S. Open field
Kevin Kisner and Andy Sullivan earned spots in this week's U.S. Open Championship via the world rankings, while four alternates from sectional qualifying rounded out the field.

Sports News // 6 years ago
Holmes, Hicks lead Daly, Furyk at Pro-Am
Four days after losing a playoff, J.B. Holmes fired the best first-round score of his career on Thursday to share the lead with Justin Hicks at the Pebble Beach National Pro-Am.

Pampling was born in Redcliffe in Queensland. He turned professional in 1994. He began tournament golf career on the PGA Tour of Australasia, where he won the 1999 Canon Challenge, and also spent time on the NGA Hooters Tour, a developmental tour in the United States. In 2000 and 2001 he played on the PGA Tour's official developmental tour, the Buy.com Tour, now called the Nationwide Tour, and did well enough in his second season to gain promotion to the full PGA Tour.

In 1999, Pampling shot an opening round 71 at Carnoustie during the opening round of the Open Championship, leading the field. However, he shot an 86 in the second round to miss the cut.

FULL ARTICLE AT WIKIPEDIA.ORG
This article is licensed under the GNU Free Documentation License.
It uses material from the Wikipedia article "Rod Pampling."
Back to Article
/