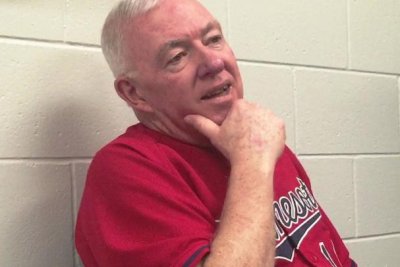 Top News // 3 years ago
The Almanac
On Oct. 1, 1992, Dallas billionaire Ross Perot announced his candidacy for the presidency. He called his group the Reform Party.

Rodney Cline "Rod" Carew (born October 1, 1945) is a former Major League Baseball player. A member of the Baseball Hall of Fame, he is renowned for his hitting prowess. Carew played for the Minnesota Twins and the former California Angels from 1967 to 1985. He threw right-handed and batted left-handed.

Carew is a Zonian and was born to a Panamanian mother on a train in the town of Gatún, which, at that time, was in the Panama Canal Zone. The train was racially segregated; white passengers were given the better forward cars, while non-whites, like Carew's mother, were forced to ride in the rearward cars. When she went into labor, a physician traveling on the train, Dr. Rodney Cline, delivered the baby, who was named Rodney Cline Carew in appreciation.

When Carew was age 14, he and his family emigrated to the United States. He lived in the Washington Heights section of the borough of Manhattan, New York City. Although Carew attended George Washington High School, which current MLB star left fielder Manny Ramirez also attended, he never played baseball for the high school team. Instead, Carew played sandlot (semi-pro) baseball for the Bronx Cavaliers, which is where he was discovered by Minnesota Twins' scout, Monroe Katz (whose son, Steve, played with Carew on the Cavaliers). Katz recommended Carew to another Twins' scout, Herb Stein, and soon Carew was signed to an amateur free agent contract with the Minnesota Twins a day after graduating (at the Stella D'Oro Restaurant in the Bronx). Three years later, following spring training in 1967, Carew made the major-league roster out of spring training (skipping AA and AAA minor league baseball) and became a teammate of first baseman Harmon Killebrew as the team's second baseman.

FULL ARTICLE AT WIKIPEDIA.ORG
This article is licensed under the GNU Free Documentation License.
It uses material from the Wikipedia article "Rod Carew."
Back to Article
/