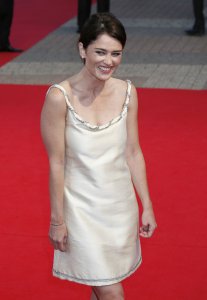 Top News // 1 month ago
The Almanac
In 1865, nearly two and a half years after the Emancipation Proclamation, freedom from slavery was announced in Galveston, Texas.

Robin Jessica Tunney (born June 19, 1972) is an American actress. She is best known for her lead roles in the movie The Craft and the television series Prison Break and The Mentalist.

Tunney, who is the cousin of Chicago Alderman Tom Tunney, was born in Chicago, Illinois, to a car salesman father, Patrick, and a bartender mother, Cathy. Tunney is Irish American; her father emigrated from Ireland and grew up on the South Side of Chicago in Orland Park. She was raised Roman Catholic and she attended Catholic high school. She then went on to study Art at the Chicago Academy for the Arts.

At the age of 19, Tunney moved to Los Angeles, California and obtained several recurring TV roles on Class of '96, Law & Order, Dream On, and Life Goes On. She gave her breakthrough performance as a suicidal teenager in Empire Records, and attracted further attention by playing a witch in The Craft. She shaved her head for Empire Records and had to wear a wig in The Craft.

FULL ARTICLE AT WIKIPEDIA.ORG
This article is licensed under the GNU Free Documentation License.
It uses material from the Wikipedia article "Robin Tunney."
Back to Article
/