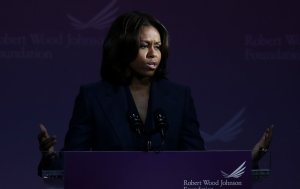 U.S. News // 2 months ago
U.S. adds 170,000 COVID-19 cases; deaths rise to 6-month high
Coronavirus cases in the United States have risen by the second-highest one-day count to date, according to updated data from Johns Hopkins University.

Health News // 3 months ago
Survey: Rural U.S. has had less access to healthcare during COVID-19 pandemic
Nearly one in four households in rural areas of the United States were unable to get treatment for serious medical problems this summer because of the COVID-19 pandemic, according to a report released Wednesday.

U.S. News // 6 months ago
'Anti-feminist' lawyer named as suspect in shooting at NJ federal judge's home
A suspect in the shooting death of a New Jersey federal judge's son and injury of her husband was reportedly found dead of an apparent self-inflicted gunshot wound.

Health News // 6 months ago
Young adults may face higher risk for severe COVID than thought
With coronavirus infections soaring among young Americans, a new study shows they may be more vulnerable to serious complications than many believe.

Health News // 7 months ago
Great Plains Indian reservations report 17% spike in COVID-19 cases
American Indian tribal reservations in the Great Plains region of the United States have seen a 17 percent uptick in confirmed cases of COVID-19 in the past week, researchers report.

We don't really have a good sense as to what's going on inside the country with regard to the -- you know, any possible transition

Both sides must immediately return to a humanitarian pause, and most must respect the right of free movement of those civilian men, women and children trapped by the fighting

The Sri Lankan government, as legitimate sovereign power, has before it an opportunity to put an end to this lengthy conflict

The United States calls on the government of Sri Lanka to assist its Tamil citizens by halting shelling of the safe zone, permitting international monitors to ensure the safe exit of the civilians

(William) Robert Wood (born 13 November 1949) is a UK-born Australian who was elected to the Australian Parliament in the 1987 elections as Senator for New South Wales.

Robert Wood was born at Gateshead in England. His father was an English steelworker; his mother was Italian. The family emigrated to Australia in 1963 as assisted passage migrants. Wood studied social work in both Sydney and Melbourne, and had a career as a youth and social worker prior to becoming a member of parliament. However, he was unemployed at the time of his election, with one newspaper suggesting he was 'probably the only Member of Parliament to have been elected while on the dole'. Wood has two children.

Wood was a member of the Nuclear Disarmament Party (NDP), and was its candidate at the NSW Vaucluse by-election in 1986. The NDP had failed narrowly to win a Senate seat in the 1984 federal election, when Midnight Oil singer Peter Garrett had stood under the party's banner. In 1987, the party had a lower profile, and Wood was at the head of its NSW Senate ticket. Though the party received only 1.53 per cent of the vote, Wood was elected as a result of preference flows from other parties, and the quota being nearly halved due to a double dissolution election for all Senate seats. This was the lowest primary vote ever received by a successful minor party or independent candidate in an Australian Senate election.

FULL ARTICLE AT WIKIPEDIA.ORG
This article is licensed under the GNU Free Documentation License.
It uses material from the Wikipedia article "Robert Wood."
Back to Article
/