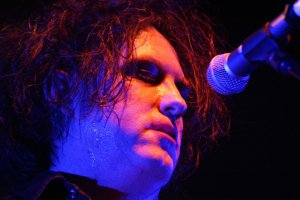 Health News // 1 month ago
Study: Many older Americans get cancer screens they don't need
Contrary to recommendations, many Americans are getting screened for cancer even when old age or poor health would likely render such screenings risky and pointless, new research finds.

Health News // 6 months ago
Gene tests may protect older breast cancer patients from other tumors
A significant number of older women with breast cancer may have genetic mutations that put them at risk of additional cancers, particularly ovarian cancer, a new study finds.

Health News // 1 year ago
Breast MRI may be too sensitive for some for annual cancer screening
While breast MRI can detect things standard mammograms don't, many of those detections lead to unneeded biopsies that turn out not to be cancer, according to new research.

Health News // 1 year ago
Mammograms should start at 30 for some women, study says
Women at increased risk for breast cancer should start receiving mammograms earlier than recommended, even as young as age 30, a new study contends.

Health News // 2 years ago
Too few Americans getting screened for cancer: CDC
Routine checks for breast, prostate, cervical and colon cancer save lives, but screening rates for all but colon cancer have stalled in recent years. 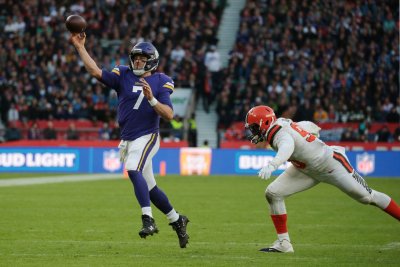 U.S. News // 3 years ago
More than half of Florida death row inmates may be resentenced
Two rulings Thursday by Florida's Supreme Court could mean more than 200 inmates on Florida's death row have a chance at being resentenced to life in prison.

Health News // 3 years ago
Mammograms beneficial all the way to age 90: Study
Women who think they're too old to worry about mammograms may want to reconsider leaving their breast cancer screening years behind them, a new study suggests.

College Football // 3 years ago
No. 2 Ohio State escapes Michigan State 17-16
EAST LANSING, Mich. -- Urban Meyer and his team could only breathe a sigh of relief after barely escaping a trap game.

Natural selection means that when you have a rat population in your town, poison will kill the ones that aren't resistant, the ones that survive may have the gene, they then have babies who can receive the gene themselves

DRC is pleased to participate in this leading-edge program, and looks forward to supporting the Air Force Depots with the full range of our technical capabilities

Robert Scott Smith (born March 4, 1972 in Euclid, Ohio) is a former American football running back who played with the Ohio State Buckeyes and later with the Minnesota Vikings of the NFL. While in college, he openly criticized the Ohio State football staff for not allowing him to concentrate on academics. He declared for the NFL draft shortly after his sophomore year (counting his redshirt his third academic year) leaving many of his fans perplexed. (He also starred in track and field while at Ohio State. Smith is the only player to ever win Ohio's Mr. Football Award twice (in 1988 and 1989).

Smith was selected by the Minnesota Vikings in the first round (21st overall) of the 1993 NFL Draft. Although he suffered from a number of ailments in his first few seasons, he finally broke through in 1997, gaining 1,266 yards. Smith's finest year as a pro came in the 2000 season, leading the NFC in rushing with 1,521 yards. He retired at the end of the season, despite being at the peak of his career.

FULL ARTICLE AT WIKIPEDIA.ORG
This article is licensed under the GNU Free Documentation License.
It uses material from the Wikipedia article "Robert Smith."
Back to Article
/