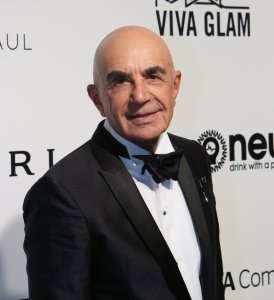 U.S. News // 5 years ago
20 years after acquittal, O.J. Simpson case still fascinates
The "trial of the century" ended 20 years ago with an acquittal for O.J. Simpson in the murder of his ex-wife, Nicole Brown Simpson, and her friend, Ron Goldman.

If we wish a more plausible origin of life, then we must work with the assumption that life began, somehow, among one of the mixtures of simple organic molecules that are produced by abiotic processes

Alternative theory of life is offered May 17, 2006

The diversity of organic chemistry, with its harvest of competing, interconnected reactions, becomes an asset rather than a liability in the case of the energy-driven system

Alternative theory of life is offered May 17, 2006

Many suffer with Bachmann-type migraines Jul 21, 2011

Robert Shapiro is professor emeritus of chemistry at New York University. He is best known for his work on the origin of life, having written two books on the topic: Origins, a Skeptic’s Guide to the Creation of Life on Earth (1986) and Planetary Dreams (2001). He opposes the RNA world hypothesis, holding that the spontaneous emergence of a molecule as complicated as RNA is highly unlikely. Instead, he proposes that life arose from some self-sustaining and compartmentalized reaction of simple molecules: "metabolism first" instead of "RNA first". This reaction would have to be able to reproduce and evolve, eventually leading to RNA. He claims that in this view life is a normal consequence of the laws of nature and potentially quite common in the universe.

FULL ARTICLE AT WIKIPEDIA.ORG
This article is licensed under the GNU Free Documentation License.
It uses material from the Wikipedia article "Robert Shapiro."
Back to Article
/