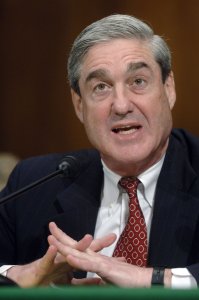 U.S. News // 1 year ago
Thousands rally for full Mueller report in 300 events across U.S.
Thousands of people gathered for a National Day of Action to call for the release of the Justice Department's full Russia investigation report Thursday.

U.S. News // 2 years ago
Russian lawyer already a focus of Mueller probe now charged in separate case
The Russian lawyer who has become synonymous with a meeting in Trump Tower involving Donald Trump Jr. has been charged with obstructing justice. 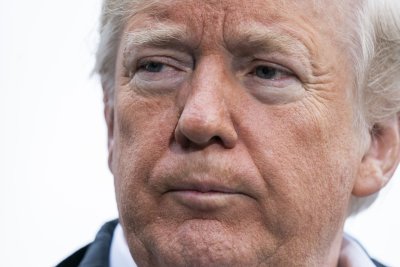 U.S. News // 2 years ago
Trump considering changes in as many as five Cabinet positions
President Donald Trump said he is considering making changes in as many as five Cabinet positions during an interview with Fox News that aired Sunday.
Special Reports // 1 decade ago
Mukasey asked to delay FBI conduct rules
The Senate Judiciary Committee Monday called on U.S. Attorney General Michael Mukasey to delay implementing new FBI investigation conduct guidelines.
Top News // 1 decade ago
Plea deal sought in fraud case
Federal authorities have said they hope to negotiate a guilty plea with a Grand Rapids, Mich., advocate for the disabled, who is accused of fraud.
Sports News // 1 decade ago
In Sports from United Press International
Lakers dig themselves a hole
Sports News // 1 decade ago
Canada reaches world semis
Canada blew a two-goal lead before defenseman Eric Brewer scored 37 seconds into overtime Thursday for a 3-2 win over Germany in the quarterfinals of the World
Top News // 1 decade ago
Top FBI officials derided insider critic
High-ranking FBI officials derided a subordinate after he revealed misconduct within the bureau in a TV interview, a Justice Department report said.
Sports News // 1 decade ago
Olympic Hockey Results -- USA v GER
Results from Wednesday's Olympic hockey quarterfinal game between the United States and Germany:

Robert Muller (born 1923 in Belgium) was an employee of the United Nations. Assistant Secretary General for 40 years, his ideas about world government, world peace and spirituality led to the increased representation of religions in the UN, especially of New Age Movement. He has become known as the "Philosopher" of the UN.

Muller was raised in the Alsace-Lorraine region of France. And during World War II was a participant in the underground movement. After the war he earned a Doctorate of Law at the University of Strasbourg and in 1948 won an essay contest on how to govern the world. The prize was an internship at the newly created United Nations, and he spent the next 40 years working on world peace in his position as Assistant Secretary General.

FULL ARTICLE AT WIKIPEDIA.ORG
This article is licensed under the GNU Free Documentation License.
It uses material from the Wikipedia article "Robert Muller."
Back to Article
/