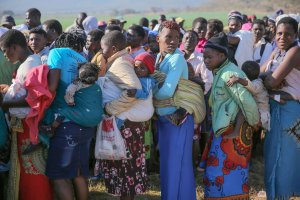 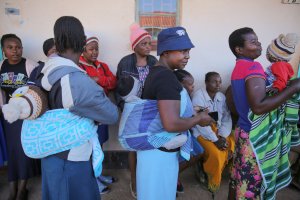 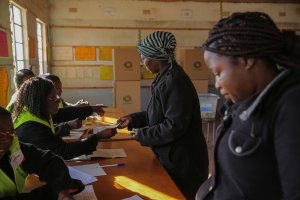 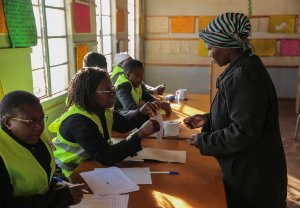 Top News // 2 months ago
The Almanac
On Feb. 11, 2016, the last four remaining armed occupiers at the Malheur National Wildlife Refuge in Oregon surrendered after a 41-day standoff.

World News // 2 years ago
Mnangagwa takes oath as Zimbabwe's president
Emmerson Mnangagwa, vowing a "brighter tomorrow" for Zimbabwe, was sworn in as the African nation's president on Sunday.

For the global political agreement to succeed, there is need for national healing to put behind the atmosphere of hostility and polarization which had regrettably become a feature of our national politics

Their faces were immediately pasted on the wall for everyone to see that they were behind the killing, the violence, the torture and intimidation

This is not the first time I have been given a home. Last time they gave me a home in Scotland and another one in Malaysia

We are paying rent. After they finish we will have nothing to do with that property at all

Those are naked lies, rhetoric talk that is expected from the Western sponsored media

Robert Gabriel Mugabe (Shona pronunciation: , English: /muːˈɡɑːbiː/ moo-gah-bee; born 21 February 1924) is the President of Zimbabwe. As one of the leaders of the liberation movement against white-minority rule, he was elected into power in 1980. He served as Prime Minister from 1980 to 1987, and as the first executive head of state since 1987.

Mugabe rose to prominence in the 1960s as the Secretary General of the Zimbabwe African National Union (ZANU) during the conflict against the white-minority rule government of Ian Smith. Mugabe was a political prisoner in Rhodesia for more than 10 years between 1964 and 1974. Upon release with Edgar Tekere, Mugabe left Rhodesia in 1975 to re-join the Zimbabwe Liberation Struggle (Rhodesian Bush War) from bases in Mozambique.

At the end of the war in 1979, Mugabe emerged as a hero in the minds of many Africans. He won the general elections of 1980, the second in which the majority of black Africans participated in large numbers (though the electoral system in Rhodesia had allowed black participation based on qualified franchise). Mugabe then became the first Prime Minister after calling for reconciliation between formerly warring parties, including white Rhodesians and rival political groups.

FULL ARTICLE AT WIKIPEDIA.ORG
This article is licensed under the GNU Free Documentation License.
It uses material from the Wikipedia article "Robert Mugabe."
Back to Article
/