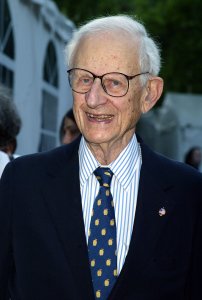 TV // 3 years ago
Ava DuVernay working on Netflix series about Central Park Five
Ava DuVernay has written and will direct a drama about the young men wrongfully convicted of savagely raping and beating a jogger in Central Park in 1989.

Voices // 3 years ago
When it comes to Wall Street, Preet Bharara is no hero
Preet Bharara's treatment of the Wall Street executives involved the financial meltdown was less confrontational than his record on political corruption.

To be sure, she is in favor of civil rights, in the sense that she believes there should be fair treatment for all. But that is, of course, the law

By fraudulently cashing and depositing the counterfeit checks the defendants stole over $1.4 million

If he steps out of Brazil, we can snatch him

This case represents corruption and greed on a colossal scale

This was a farmers' market in cocaine -- a significant operation

Restaurants served cocaine on the side Feb 11, 2006

Robert Morris Morgenthau (born July 31, 1919) is an American lawyer. Since 1975, he has been the District Attorney for New York County, the borough of Manhattan. It was reported on February 27, 2009, that Morgenthau will not be seeking re-election.

Robert Morris Morgenthau was born in 1919 in New York City into a prominent Jewish family that had emigrated from Germany in 1866. He is the son of long-time Secretary of the Treasury Henry Morgenthau, Jr. His grandfather Henry Morgenthau, Sr. was United States Ambassador to the Ottoman Empire during World War I. Before going into diplomatic service, Henry Morgenthau, Sr. had made a fortune in real estate and then became a strong financial backer of President Woodrow Wilson. His grandmother was born in Montgomery, Alabama. From his earliest days, Robert Morris Morgenthau was well connected politically. The Morgenthau family home was near Franklin Delano Roosevelt's Springwood Estate at Hyde Park, New York and he grew up knowing Roosevelt.

After graduating from the New Lincoln School, Deerfield Academy, and Amherst College, he enlisted in the United States Navy, serving for four and a half years, during World War II. He attained the final rank of Lieutenant Commander and served as the executive officer of the USS Harry F. Bauer. He saw action in both the Mediterranean and Pacific theaters, mostly aboard destroyers. Morgenthau graduated from Yale Law School in 1948 and joined the New York law firm of Patterson, Belknap & Webb, becoming a partner in 1954.

FULL ARTICLE AT WIKIPEDIA.ORG
This article is licensed under the GNU Free Documentation License.
It uses material from the Wikipedia article "Robert Morgenthau."
Back to Article
/