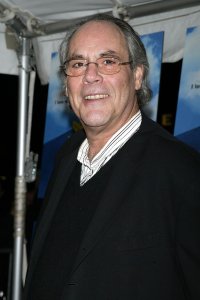 TV // 2 years ago
Will and Grace deal with parents' marriage in Season 10 clip
Will (Eric McCormack) and Grace (Debra Messing) can't come to terms with their parents' wedding married in a new clip from Season 10 of "Will & Grace."

Top News // 3 years ago
The Almanac
On Feb. 8, 2007, Anna Nicole Smith, a 39-year-old actor, model and tabloid fixture, was found dead in a Hollywood, Fla., hotel. Her death was attributed to accidental sedative overdose.
Entertainment News // 6 years ago
See New York block renamed after George Carlin
A block in the Morningside Heights neighborhood of New York City was renamed Wednesday in honor of late comedian George Carlin.
Entertainment News // 6 years ago
'Sharknado 2' will premiere on July 31
The sequel to unexpected hit 'Sharknado' will debut on SyFy Thursday, July 31.
Odd News // 6 years ago
The almanac
UPI Almanac for Saturday, Feb. 8, 2014.
U.S. News // 6 years ago
Northern Minnesota diocese names 17 priests accused of abuse
The Catholic Diocese of Duluth, Minn., Tuesday named 17 priests, all either dead or out of the ministry, it says were credibly accused of molesting children.
Odd News // 7 years ago
The almanac
UPI Almanac for Friday, Feb. 8, 2013.

I'm verging on complete mental exhaustion trying to get it right

Klein was born in the Bronx, the son of Frieda (née Moskowitz) and Benjamin Klein and was raised in a "prototypical 1950s Bronx Jewish" environment. After graduating from De Witt Clinton High School, Klein planned to study medicine. However, he changed his mind during his studies in university. After graduating from Alfred University, he studied at Yale Drama School when he got wind of an opportunity to audition for The Second City. In a piece he wrote for the improvisational troupe's book, Klein recalled sitting in a room full of other hopefuls, including Fred Willard. Klein's audition consisted of an improvisation set with Willard about two guys in a nightclub, which was successful enough to get Klein and Willard hired by Second City. Klein had said another young man, Billy Dee Williams, was invited to join the troupe, but turned it down.

Klein is divorced from opera singer Brenda Boozer. They have a son, Alexander Stuart Klein.

FULL ARTICLE AT WIKIPEDIA.ORG
This article is licensed under the GNU Free Documentation License.
It uses material from the Wikipedia article "Robert Klein."
Back to Article
/