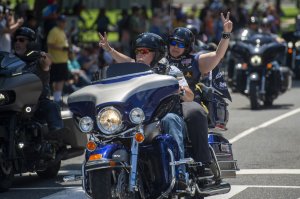 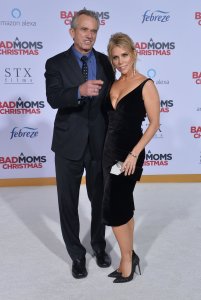 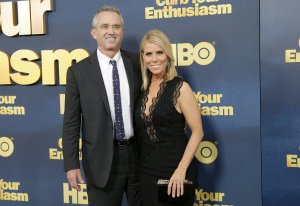 U.S. News // 10 months ago
YouTube bans anti-vaccine videos, accounts that spread false info
YouTube said Wednesday that it's banning misinformation and conspiracy-related content about vaccines on its video-sharing platform, as part of an effort to increase safety and cut out dangerous influences.

U.S. News // 11 months ago
Widow Ethel Kennedy on RFK's assassin: 'He should not be paroled'
Ethel Kennedy, the widow of slain Sen. Robert F. Kennedy, is publicly opposing the parole and release of her husband's assassin, Sirhan B. Sirhan.

U.S. News // 11 months ago
Sirhan Sirhan, man who killed RFK, recommended for parole
Sirhan Sirhan, the man who assassinated Sen. Robert Kennedy in 1968 as he was running for president, was recommended parole Friday in his 16th hearing before the parole board.

TV // 1 year ago
Tom Brokaw retires, puts trust in 'new generation of NBC News'
NBC News announced the retirement of Tom Brokaw after 55 years with the network. In a statement, Brokaw put his faith in his successors.

U.S. News // 1 year ago
COVID-19 rules enforced, Oval Office redesigned as Biden moves in to White House
The incoming Biden administration is making changes to how business as usual will be conducted in the White House, including enforcing stricter COVID-19 regulations compared to its Trump administration predecessor.

A large portion of the proceeds will be given to charity, including the JFK library where he will place his papers

Robert Francis "Bobby" Kennedy (November 20, 1925 – June 6, 1968), also referred to by his initials RFK, was an American politician, a Democratic senator from New York, and a noted civil rights activist. An icon of modern American liberalism and member of the Kennedy family, he was a younger brother of President John F. Kennedy and acted as one of his advisors during his presidency. From 1961 to 1964, he was the U.S. Attorney General.

Following his brother John's assassination on November 22, 1963, Kennedy continued to serve as Attorney General under President Lyndon B. Johnson for nine months. In September 1964, Kennedy resigned to seek the U.S. Senate seat from New York, which he won in November. Within a few years, he publicly split with Johnson over the Vietnam War.

In March 1968, Kennedy began a campaign for the presidency and was a front-running candidate of the Democratic Party. In the California presidential primary on June 4, Kennedy defeated Eugene McCarthy, a U.S. Senator from Minnesota. Following a brief victory speech delivered just past midnight on June 5 at The Ambassador Hotel in Los Angeles, Kennedy was assassinated by Sirhan Sirhan. Mortally wounded, he survived for nearly 26 hours, dying early in the morning of June 6.

FULL ARTICLE AT WIKIPEDIA.ORG
This article is licensed under the GNU Free Documentation License.
It uses material from the Wikipedia article "Robert F. Kennedy."