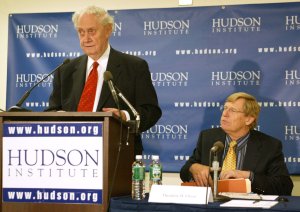 Voices // 6 months ago
Congress needs to fix plenty of things, but not the Supreme Court
The death of Justice Ruth Bader Ginsburg has unleashed calls for institutional overhauls to expand the size of the Supreme Court or limit the time justices can serve -- as well as outright threats to pack the bench.

Top News // 1 year ago
On This Day: Abortion doctor killed in Amherst, N.Y.
On Oct. 23, 1998, Dr. Barnett Slepian, an obstetrician who performed abortions, was killed by a sniper in his home in Amherst, N.Y.

Voices // 2 years ago
Today's GOP leaders have little in common with those who resisted Nixon
Republican leaders in 2018 are profoundly different than the ones who dealt with Watergate in the 1970s.

Because of the unreasonable height of the dais, without stairs or a handrail, Mr. Bork fell backwards ... striking his left leg on the side of the dais and striking his head on a heat register

I think all of those lawsuits are scandals since all of these states and the federal government knew the dangers of tobacco but allowed it to be sold, taxed it, benefited from it and then after the risks -- that they knew were there -- came to be, then they sued and (blamed the tobacco companies)

The proposed decree is so ineffective that it would not have prevented Microsoft from destroying Netscape and Java, the very acts that gave rise to this lawsuit

Robert Heron Bork (born March 1, 1927) is an American legal scholar who has advocated the judicial philosophy of originalism. Bork formerly served as Solicitor General, Acting Attorney General, and judge for the United States Court of Appeals for the District of Columbia Circuit. In 1987, he was nominated to the Supreme Court by President Ronald Reagan, but the Senate rejected his nomination. Bork had more success as an antitrust scholar, where his once-idiosyncratic view that antitrust law should focus on maximizing consumer welfare has come to dominate American legal thinking on the subject. Currently, Bork is a lawyer, law professor, and bestselling author.

Bork was born in Pittsburgh, Pennsylvania. His father was Harry Philip Bork (1897–1974), a steel company purchasing agent, and his mother was Elisabeth Kunkle (1898–2004), a schoolteacher. He was married to Claire Davidson from 1952 until 1980, when she died of cancer. They had a daughter, Ellen, and two sons, Robert and Charles. In 1982 he married Mary Ellen Pohl, a Roman Catholic religious sister turned activist.

Bork attended the Hotchkiss School in Lakeville, Connecticut and earned bachelor's and law degrees from the University of Chicago. While pursuing his bachelor's degree he became a brother of the international social fraternity of Phi Gamma Delta. While pursuing his law degree he served on Law Review. At UC he was awarded a Phi Beta Kappa key with his law degree in 1953 and passed the bar in Illinois that same year. After a period of service in the United States Marine Corps, Bork began as a lawyer in private practice in 1954 and then was a professor at Yale Law School from 1962 to 1975 and 1977 to 1981. Among his students during this time were Bill Clinton, Hillary Rodham Clinton, Anita Hill, Robert Reich, Jerry Brown and John R. Bolton.

FULL ARTICLE AT WIKIPEDIA.ORG
This article is licensed under the GNU Free Documentation License.
It uses material from the Wikipedia article "Robert Bork."
Back to Article
/