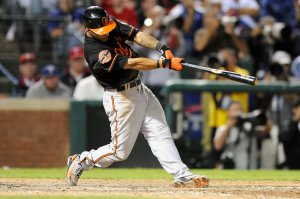 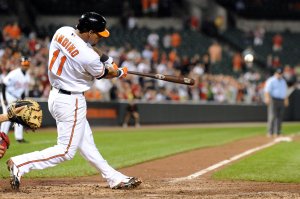 Robert Lazaro Andino (born April 25, 1984 in Miami, Florida) is a Major League Baseball infielder for the Baltimore Orioles. He is of Puerto Rican and Cuban descent.

The Florida Marlins drafted Andino in the second round (52nd overall) of the 2002 MLB Draft, came up through the minor leagues with, and made his major-league debut for, the Florida Marlins. The Marlins initially saw him as their "shortstop of the future." Other players, including Hanley Ramírez, knocked him out of that role.

FULL ARTICLE AT WIKIPEDIA.ORG
This article is licensed under the GNU Free Documentation License.
It uses material from the Wikipedia article "Robert Andino."