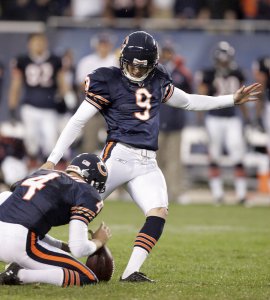 NFL // 2 months ago
Josh Allen throws 4 TDs, leads Bills over 49ers
Josh Allen threw for 375 yards and had four touchdown passes to lead the Buffalo Bills to a Week 13 win over the San Francisco 49ers.

NFL // 4 months ago
Garoppolo rebounds, leads 49ers over Rams on SNF
Jimmy Garoppolo bounced back from a poor performance in Week 5 by throwing three touchdowns passes to lead the San Francisco 49ers to a win over the Los Angeles Rams on "Sunday Night Football."

NFL // 4 months ago
Fitzpatrick leads Dolphins to upset win vs. Garoppolo, 49ers
Miami Dolphins quarterback Ryan Fitzpatrick threw for 350 yards and three touchdowns while San Francisco's Jimmy Garoppolo struggled before he was benched in an upset loss on Sunday. 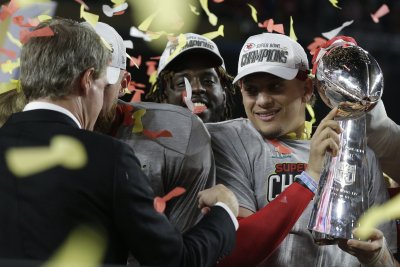 NFL // 1 year ago
49ers win NFC West with goal-line stand against Seahawks
The San Francisco 49ers were crowned NFC West champions after a dramatic goal-line stand in the final seconds of a game against the Seattle Seahawks.

Robert Paul "Robbie" Gould III (pronounced /ˈɡoʊld/; born December 30, 1981) is an American football placekicker for the Chicago Bears of the National Football League. He was originally signed by the New England Patriots as an undrafted free agent in 2005. He played college football at Penn State. As of the beginning of the 2010 season, he is the third most accurate kicker in NFL history.

Gould was born to Cheryl and Robert Gould in Jersey Shore, Pennsylvania. His father was a three-time All-American soccer player who led Lock Haven University to a Division III national championship in 1977. and was drafted by the St. Louis Steamers in the early 80s. His brother, Christopher, was formerly a kicker and punter for the University of Virginia. (Chris now plays for the Chicago Rush of the Arena Football League) He attended Central Mountain High School in Mill Hall, Pennsylvania, where he won letters in football, soccer, basketball, and track. He also took AP Physics and received a score of 5 on the AP test. During the 2000 Boys' Soccer District Championship, Gould scored the game winning goal with seconds left. Although originally interested in becoming a professional soccer player, he eventually chose to pursue a career in football, asking his high school principal to send a letter of recommendation to Penn State head football coach, Joe Paterno, who invited Gould to try out as a freshman walk-on.

The defending Super Bowl champion New England Patriots signed rookie free-agent Gould prior to the 2005 NFL preseason, despite the fact they already had Adam Vinatieri. Following his preseason release from the Patriots, Gould next signed with the Baltimore Ravens, only to be waived three weeks later. Following his stint with Baltimore, Gould worked construction at M&R Contracting in Mill Hall, Pennsylvania. The Bears signed him on October 8, 2005, following the Week 3 injury of their starting kicker, Doug Brien. Gould kicked his first NFL field goal the next week in a 20-10 loss at Cleveland, and his first game-winner in week nine against the New Orleans Saints. He would finish the 2005 season with a 77% field goal percentage and hitting all but one of his 20 PAT attempts.

FULL ARTICLE AT WIKIPEDIA.ORG
This article is licensed under the GNU Free Documentation License.
It uses material from the Wikipedia article "Robbie Gould."
Back to Article
/