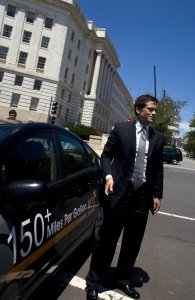 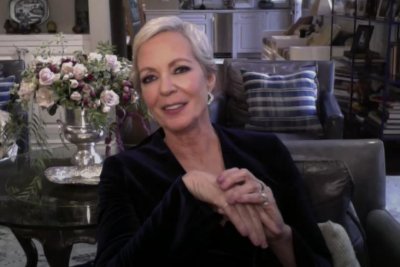 Entertainment News // 1 day ago
Allison Janney says 'West Wing' group text is 'so much fun'
Allison Janney, who played C.J. Cregg on "The West Wing," said she keeps in touch with her former co-stars, including Joshua Malina, Dulé Hill and Bradley Whitford.

TV // 2 weeks ago
What to binge: Go back to work with these workplace comedies
The holidays are over and it's time to get back to work in the new year. Here are 10 classic comedies about frustrations on the job, all available for streaming.

TV // 3 months ago
Survivors reorganize in new trailer for 'The Stand'
CBS All Access released a 2-minute trailer for its upcoming miniseries remake of Stephen King's "The Stand."

TV // 4 months ago
'The West Wing' reunion to debut on HBO Max on Oct. 15
HBO Max said "A West Wing Special to Benefit When We All Vote" will premiere on the streaming service on Oct. 15.

TV // 4 months ago
'The West Wing' cast to reunite for HBO Max special
"The West Wing" cast will perform together during a new special to promote voting in the 2020 presidential election.

In my home and on the set, I have been surrounded for years by hardworking women (and men) whom I respect and whose rights are to be protected

I've got my underwear on, and someone says, 'You have a visitor,

I've got my underwear on, and someone says, 'You have a visitor,

I know there has been a tremendous cost for supporting my country's war on terror, and I appreciate it

Robert Hepler "Rob" Lowe (pronounced /ˈrɒb ˈloʊ/; born March 17, 1964) is an American actor. Lowe came to prominence after appearing in films such as The Outsiders, Oxford Blues, About Last Night..., and St. Elmo's Fire. On Television, Lowe is known for his role as Sam Seaborn on The West Wing and his role as Senator Robert McCallister on Brothers & Sisters. He currently appears as a main cast member of Parks and Recreation in the role of Chris Traeger.

Lowe was born in Charlottesville, Virginia, the son of Barbara K. (née Hepler), a teacher, and Charles D. Lowe, a trial lawyer; his parents divorced when Lowe was young. He has a brother, actor Chad Lowe, and two step-siblings. Because of a virus during infancy, he is deaf in his right ear (he later played a deaf character in The Stand). Lowe was baptized into the Episcopal church, though his maternal grandparents were Methodists. He was raised in a "traditional midwestern setting" in Dayton, Ohio, attending Oakwood Junior High School, before moving to the Westside of Los Angeles with his mother and brother. He attended Santa Monica High School, the same high school as fellow actors Emilio Estevez, Charlie Sheen, Sean Penn, Chris Penn and Robert Downey Jr.

One of Lowe's earliest roles came in the 1983 TV movie Thursday's Child, for which he received his first Golden Globe nomination for "Best Actor in a TV Movie/Miniseries". Lowe made his film debut in Schoolboy Father, followed by Class. His breakthrough came in 1983, when he and Estevez were cast in The Outsiders, which remains one of his most famous roles. Lowe played the role of Sodapop, the brother of the main character Ponyboy (C. Thomas Howell) in the movie. Lowe and Estevez reunited in St. Elmo's Fire, making them the two more popular boys of the Brat Pack. He followed it up with About Last Night. He also received a second Golden Globe nomination for "Best Supporting Actor" for his role as the mentally disabled Rory in Square Dance (1987).

FULL ARTICLE AT WIKIPEDIA.ORG
This article is licensed under the GNU Free Documentation License.
It uses material from the Wikipedia article "Rob Lowe."
Back to Article
/