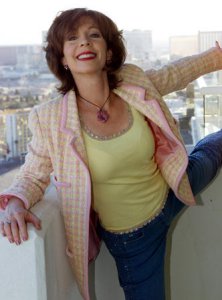 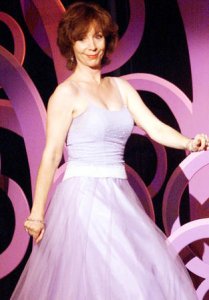 Rudner was born in Miami, Florida, the daughter of Frances, a homemaker, and Abe Rudner, a lawyer. Her mother died when she was 13. After graduating from high school at 15, Rudner left Miami and headed to New York City to embark on a career as a dancer. She appeared in several Broadway shows, including the now-legendary original productions of Follies and Mack & Mabel.

Rudner did not turn to comedy until she was 25, after observing how few female comedians there were compared to the number of female dancers. She spent many hours researching her favorite comedians, including Woody Allen and Jack Benny. She enjoys Jewish humor, but reserves her Jewish jokes for Jewish audiences.

FULL ARTICLE AT WIKIPEDIA.ORG
This article is licensed under the GNU Free Documentation License.
It uses material from the Wikipedia article "Rita Rudner."
Back to Article
/