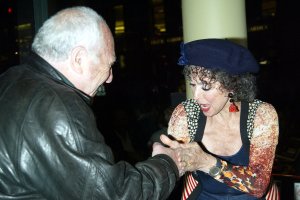 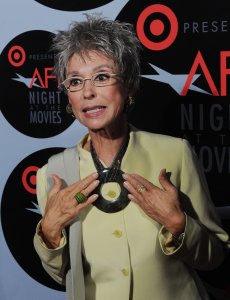 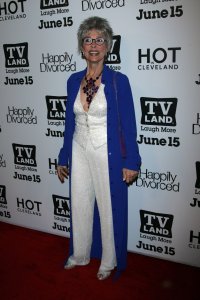 U.S. News // 2 days ago
Jennifer Lopez bridges gap between Puerto Rico and Washington
The popstar has long served as a symbol for Puerto Ricans on the island and the mainland.

Rita Moreno (born December 11, 1931) is a Puerto Rican singer, dancer and actress. She is the only Hispanic and one of the few performers who have won an Emmy, a Grammy, an Oscar, and a Tony, and was the second Puerto Rican to win an Academy Award.

Moreno was born Rosa Dolores Alverío in Humacao, Puerto Rico, to Rosa María, a seamstress, and Paco Alverío, a farmer. She moved with her mother to New York City at the age of five, and took the surname of her stepfather, Edward Moreno. She began her first dancing lessons soon after arriving in the United States from a friend of her mother, a Spanish dancer called Paco Cansino, who was the uncle of Rita Hayworth. When she was 11 years old, she lent her voice to Spanish language versions of American films.

She had her first Broadway role — as "Angelina" in Skydrift — by the time she was 13, which caught the attention of Hollywood talent scouts. She appeared in small roles in The Toast of New Orleans and Singin' in the Rain, in which she played Zelda Zanners. In 1956, she had a supporting role in the film version of The King and I as Tuptim, but disliked most of her other work during this period.

FULL ARTICLE AT WIKIPEDIA.ORG
This article is licensed under the GNU Free Documentation License.
It uses material from the Wikipedia article "Rita Moreno."
Back to Article
/