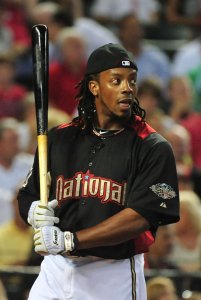 MLB // 3 years ago
Evan Longoria lifts Tampa Bay Rays past New York Yankees
A rested Longoria went 4-for-5 with an RBI single in the bottom of the eighth inning to lead the Rays to a 5-4 win against the New York Yankees on Friday night.

MLB // 3 years ago
Chris Archer, Tampa Bay Rays cruise to 12-1 victory over Kansas City Royals
After two of their most frustrating losses of the season, the Tampa Bay Rays bounced back with one of their best wins.

MLB // 3 years ago
Houston Astros come back for win over Tampa Bay Rays in 10
ST. PETERSBURG, Fla. -- The Houston Astros haven't had to face much adversity in the first three weeks of the season, but wins like Sunday's can make up for that later in the season. 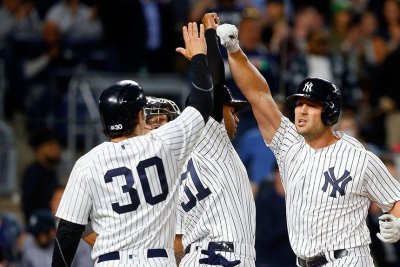 MLB // 3 years ago
New York Yankees extend winning streak to 8 games
NEW YORK -- The last time the New York Yankees won eight in a row, Jordan Montgomery was a 19-year-old freshman pitching for the University of South Carolina in the midst of the pressure-packed College World Series.

MLB // 3 years ago
Luis Severino, Aaron Hicks carry New York Yankees to sweep of Tampa Bay Rays
For a while, Luis Severino seemed headed for one of those tough-luck losses.

MLB // 3 years ago
Aaron Judge continues power surge as New York Yankees beat Tampa Bay Rays
Aaron Judge is someone whose size makes him a candidate for fans and teammates to anticipate his next swing and see how far he can drive a ball.

Growing up as a little kid, I always wanted to be considered one of the best players in the country

After spring training (begins), I want to focus on the year and the team

I'm very excited. Now I can get to work and help my teammates win

It was a long process but we finally got it done

Weeks bats and throws right-handed. Until the 2009 season, Weeks had a distinctive batting stance similar to that of Gary Sheffield, waggling his bat heavily before swinging. The waggle is present, but noticeably less aggressive. Weeks pointed to this change when asked about his improved presence at the plate in 2009.

Weeks was born in Daytona Beach, Florida. He is the son of Richard and Valeria Weeks. His sister Kaisha was an NCAA Regional Finalist at Southern University in track. Weeks's brother Jemile Weeks was drafted by the Brewers in 2005 out of high school, but never signed with them, choosing to attend the University of Miami instead. The Oakland Athletics drafted Jemile in the first round of the 2008 MLB Draft twelfth overall. He is currently their starting second baseman.

FULL ARTICLE AT WIKIPEDIA.ORG
This article is licensed under the GNU Free Documentation License.
It uses material from the Wikipedia article "Rickie Weeks."
Back to Article
/