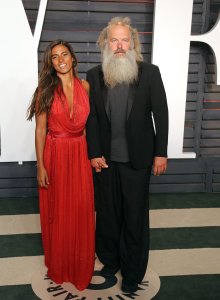 Entertainment News // 3 months ago
What to stream this weekend: 'Space Jam,' 'McCartney 3,2,1'
"Space Jam: A New Legacy," "McCartney 3,2,1," "Schmigadoon!," "Making the Cut" Season 2, "Power Book III: Raising Kanan" and "WWE Money in the Bank" are some of the entertainment options streaming this weekend.

One of the most prominent names in popular music, Rubin came to prominence in the 1980s as the original DJ of the Beastie Boys, and for co-founding Def Jam Records with Russell Simmons before establishing American Recordings. With the Beastie Boys and Run D.M.C., Rubin helped popularize a fusion of rap music and heavy metal, and he has worked extensively with hard rock and heavy metal groups, notably Danzig, Slayer, the Red Hot Chili Peppers and Metallica.

In the 1990s, he produced the "American Recordings" albums with Johnny Cash. MTV called him "the most important producer of the last 20 years." In 2007, Rubin was listed among Time's 100 Most Influential People in the World.

FULL ARTICLE AT WIKIPEDIA.ORG
This article is licensed under the GNU Free Documentation License.
It uses material from the Wikipedia article "Rick Rubin."