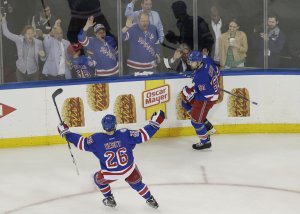 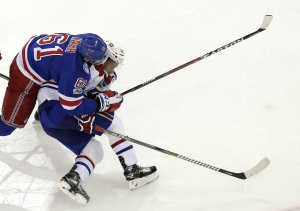 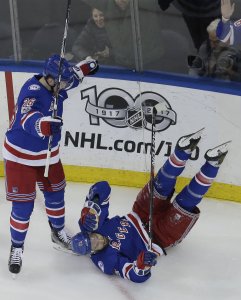 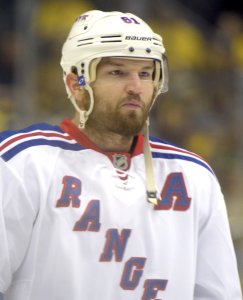 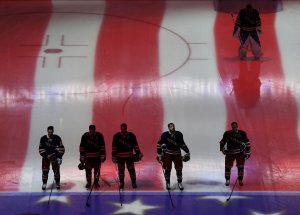 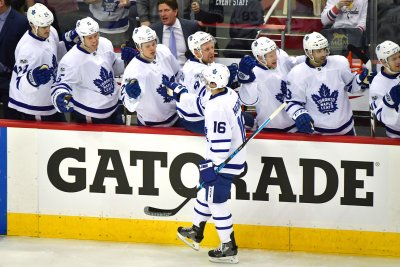 NHL // 3 years ago
Bruins, Leafs renew rivalry in playoffs
BOSTON -- On May 13, 2013, the Boston Bruins made history by rallying from three goals down in the third period and winning Game 7 of their playoff series with the Toronto Maple Leafs in overtime.

NHL // 4 years ago
New York Rangers get back in series with dominating win vs. Ottawa Sens
Conceding a late goal in Game 1. Giving up two late goals in Game 2 and another in overtime. Facing the brink, the New York Rangers responded against the Sens.

Drafted out of the Ontario Hockey League (OHL) by the Blue Jackets first overall in the 2002 NHL Entry Draft, Nash played with the London Knights for two seasons, earning the Emms Family Award in 2001 as league rookie of the year. He began his NHL career with Columbus the season immediately following his draft and was nominated for the Calder Trophy as NHL rookie of the year. In his second NHL season, Nash scored a career-high 41 goals to tie with Jarome Iginla and Ilya Kovalchuk for the Rocket Richard Trophy as league goal-scoring champion. Nash is also a four-time NHL All-Star and has been awarded the NHL Foundation Player Award in 2009 for his work in the community.

FULL ARTICLE AT WIKIPEDIA.ORG
This article is licensed under the GNU Free Documentation License.
It uses material from the Wikipedia article "Rick Nash."
Back to Article
/