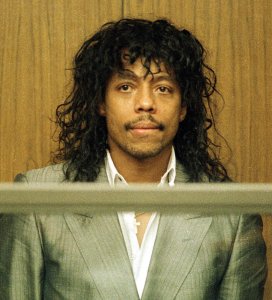 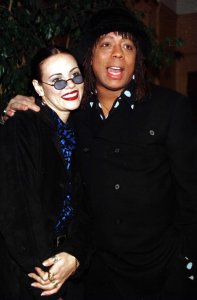 Top News // 6 months ago
The Almanac
On Feb. 1, 2003, the space shuttle Columbia broke apart during its descent over the southwestern United States. All seven astronauts aboard were killed. 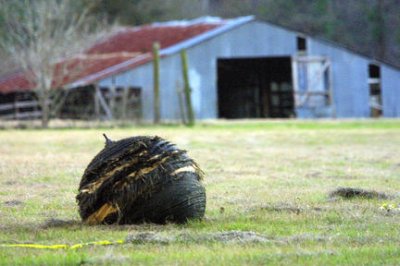 Entertainment News // 3 years ago
Charlie Murphy, comedian and actor, dead at 57
Charlie Murphy, a "Chapelle's Show" alum and the elder brother of Eddie Murphy, died April 12 after a battle with leukemia.

Top News // 3 years ago
The Almanac
On Feb. 1, 1978, famed director Roman Polanski escapes to France after pleading guilty to charges of having sex with an underage girl.

James Ambrose Johnson, Jr. (February 1, 1948 – August 6, 2004), better known under his stage name Rick James, was an American singer, songwriter, musician and record producer. James was a popular performer in the late 1970s and 1980s, scoring four #1 hits on the U.S. R&B charts performing in the genres of funk and R&B. Among his well known songs are "Super Freak" and "You and I". In addition to his music, James gained notoriety for his wild lifestyle, which led to widely publicized legal problems, and which was famously spoofed by Chappelle's Show in 2004.

James was born on February 1, 1948 in Buffalo, New York. His father, an autoworker, abandoned him and his siblings as a child. His mother, a former vaudeville dancer, later reportedly ran errands for a Mafia family to make ends meet. James grew up singing in street corners with fellow neighborhood boys. James' early idols included Marvin Gaye, Smokey Robinson and The Temptations, which included Melvin Franklin, who was his uncle. After being briefly involved in street activity, James dropped out of high school at fifteen to avoid a possible draft and joined the U.S. Naval Reserve. A year later, James left the Reserve after he began to miss weekend training, because it interfered with his music career.

FULL ARTICLE AT WIKIPEDIA.ORG
This article is licensed under the GNU Free Documentation License.
It uses material from the Wikipedia article "Rick James."
Back to Article
/