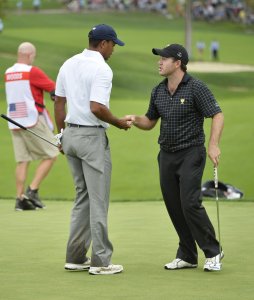 Top News // 2 years ago
On This Day: Elizabeth Taylor marries for 8th, final time
On Oct. 6, 1991, Elizabeth Taylor walked down the aisle for the eighth time when she married Larry Fortensky.

I had a little hiccup, but it was all pretty good, pretty decent

Bradley has been close a few times, but unfortunately that is how it goes

The whole year has been a tough year, especially the last three weeks

He was educated at Trinity College, Cambridge, where he graduated MA in 1618, BD in 1625 and DD in 1635. He was elected a fellow of Benet College (now Corpus Christi College), Cambridge in 1623 and then served as Master of Jesus College, Cambridge from 1634.

In c.1633, Sterne became chaplain to Archbishop Laud. From 1642 he held the rectories of Yeovilton and Harleton. A Royalist, he was arrested and imprisoned by the Parliamentarians later the same year. In 1644 he was formally dismissed as Master of Jesus and in 1645 he lost his rectories, although he was released from prison.

FULL ARTICLE AT WIKIPEDIA.ORG
This article is licensed under the GNU Free Documentation License.
It uses material from the Wikipedia article "Richard Sterne."
Back to Article
/