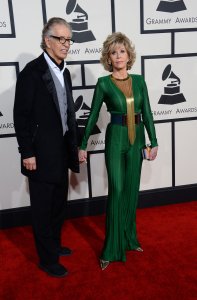 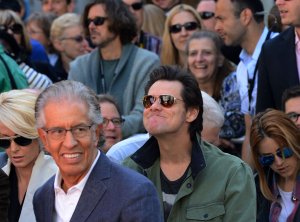 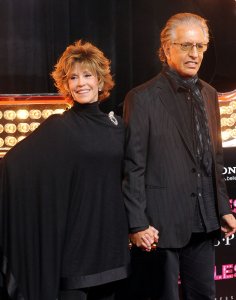 Entertainment News // 4 years ago
Jane Fonda says she was raped; sexually abused as child
"Grace and Frankie" star Jane Fonda opened up about her history with sexual abuse while discussing feminism with "Room" actress Brie Larson.

Entertainment News // 5 years ago
Jane Fonda, boyfriend Richard Perry split after 8 years
Jane Fonda and her boyfriend Richard Perry have called it quits after 8 years together.
U.S. News // 9 years ago
Porn video found on theater Facebook page
A man checking the Facebook page of his theater group found a video portraying child pornography posted on the site, Indianapolis police say.
Music // 1 decade ago
Rod Stewart returns to standards
The Great American Songbook continues to hold sway over British-born singer Rod Stewart.
Top News // 1 decade ago
Alaskan authorities targeting bear haven
Authorities in Alaska say they are considering taking action against the owner of a regional bear refuge after a recent attack there.
Odd News // 1 decade ago
Interview: Rod Stewart
Rod Stewart has sung about staying "Forever Young." But that doesn't necessarily pertain to his musical choices. Stewart's new album, "It Had to Be You...The Great American Songbook," features his renditions of 14 pop standards from the '20s, '30s and '40

Richard Perry is an American music producer. Perry began as a performer in his adolescence, but shifted gears after graduating college and rose through the late 1960s and early 1970s to become a highly successful and popular record producer with over a dozen gold records to his credit by 1982. From 1978 to 1983, he ran his own record label, Planet Records, but continued after its sale to RCA as an independent producer. With hit records stretching from the 1960s through the 2000s, Perry's more successful modern releases includes albums by Rod Stewart and Carly Simon.

Born in Brooklyn, New York in 1942, Perry came to his interest in rock music young. In 1955, at the age of 12, he attended the first of Alan Freed's live rock shows at the Paramount Theatre. He began his career in rock music as a local performer during his adolescence. After graduating from the University of Michigan, he shifted into songwriting briefly, collaborating with Kenny Vance. Perry was launched on his career as a producer, with early projects including Captain Beefheart's debut Safe as Milk and Fats Domino's Fats Is Back. In 1967, Perry moved to Los Angeles and in 1968 produced God Bless Tiny Tim, the debut album of Reprise Records artist Tiny Tim. The album was Perry's first charting hit, reaching #7 on Billboard magazine's Pop Albums chart.

Perry was well established as a producer by 1970. His credits during the decade include albums by Johnny Mathis, Harry Nilsson, Barbra Streisand, Carly Simon, Art Garfunkel, Diana Ross, Manhattan Transfer and Leo Sayer. Among his notable projects in the period was the 1973 album "Ringo", by former Beatles member Ringo Starr. The album featured work by each of the other Beatles and peaked at #2 on the Pop Albums chart.

FULL ARTICLE AT WIKIPEDIA.ORG
This article is licensed under the GNU Free Documentation License.
It uses material from the Wikipedia article "Richard Perry."