U.S. News // 11 months ago
Judge dismisses Jeffrey Epstein's criminal case
A federal judge in Manhattan dismissed a sex trafficking case against financier Jeffrey Epstein on Thursday, less than a month after he died in jail.

U.S. News // 11 months ago
Women vent anger, frustration for Epstein's suicide in NYC court
Many of Jeffrey Epstein's accusers appeared in New York court Tuesday to express anger and frustration they didn't get a chance to confront the billionaire on sexual misconduct charges before he killed himself.

U.S. News // 1 year ago
Epstein attorneys again appeal to NYC judge for bail
Nearly a week after a New York City judge declared him a flight risk and a danger to the community, Jeffrey Epstein has appealed the judge's decision to keep him locked up without bail.

Sports News // 4 years ago
Tom Brady expected to appeal decision to Supreme Court
Tom Brady is expected to bring his appeal of the four-game suspension issued to him by the NFL for his role in the Deflategate scandal to the Supreme Court.

Sports News // 4 years ago
Roger Goodell: No compromise over Deflategate
NFL commissioner Roger Goodell made it clear Monday there will be no settlement in his Deflategate battle with New England Patriots quarterback Tom Brady. 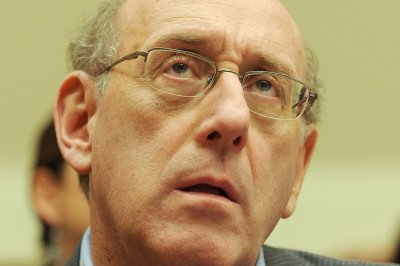 Now that the secret ballot is off the table, abuses that come from the peer-to-peer intimidation to sign cards are in play

SEIU's rhetoric is akin to that of a hostage taker: Meet my demands or someone might get hurt

If you're so against secret ballot elections when forming a union, why are you so in favor of them when it comes time to decertify a union because of poor leadership? If the employees want to form a union, just let them vote

Richard Berman (born 1942) is a Washington-based lobbyist. Through his public affairs firm Berman and Company, Berman runs several industry-funded non-profit organizations such as the Center for Consumer Freedom and the Center for Union Facts. Berman's companies have run numerous media campaigns downplaying the dangers of obesity, smoking, mad cow disease and drunk driving, as well as criticizing the minimum wage.

60 Minutes has called him "the booze and food industries' weapon of mass destruction," and his nickname (from both friends and enemies) is "Dr. Evil", an alias in which he takes pride.

Berman grew up in New York City. His father was an entrepreneur who ran gas stations and car washes. Berman did general labor at these businesses on weekends and summers while he was growing up.

FULL ARTICLE AT WIKIPEDIA.ORG
This article is licensed under the GNU Free Documentation License.
It uses material from the Wikipedia article "Richard Berman."
Back to Article
/