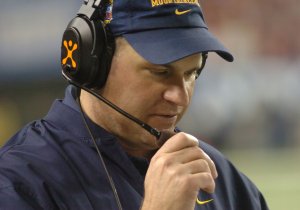 NFL // 2 years ago
Super Bowl LII: Stoops' Arizona products take center stage
Mike Stoops' one stop as a head coach -- at Arizona from 2004 to halfway through the 2011 season -- wasn't all that remarkable.

College Football // 2 years ago
Oklahoma Sooners deliver major statement by slaying Ohio State Buckeyes
Filed under things we did not think we'd see: Casual Bob Stoops, shirt untucked, standing in a suite at Ohio Stadium, first-pumping the play of the Oklahoma Sooners in their victory over Ohio State.

College Football // 2 years ago
Arizona Wildcats football: Most important player, breakout star, newcomers to watch
Nobody disputes that this is a crucial season for Arizona coach Rich Rodriguez. 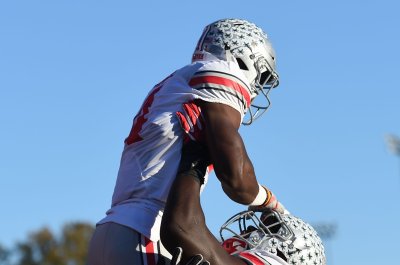 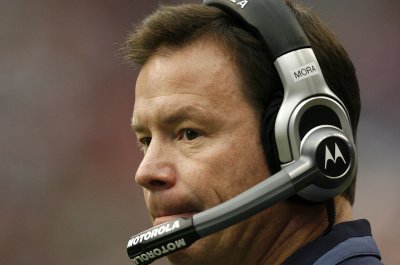 Sports News // 5 years ago
Michigan football: Jim Harbaugh reportedly leaving 49ers to coach Michigan
It appears Jim Harbaugh is ready to return to the college ranks, this time at his alma mater.

Rodriguez signs on as next Michigan coach Dec 17, 2007

I am aware that Ellis and J.T. have been involved in an off-campus situation

It is a bad way to end a good year

A native of Grant Town, West Virginia, Rodriguez graduated from North Marion High School in 1981 where he played four sports and was an all-state football and basketball player. After high school, Rodriguez attended West Virginia University. Playing as a defensive back, Rodriguez recorded 54 career tackles over three seasons.

During the 1985–1986 season, Rodriguez served as a student assistant under head coach Don Nehlen and graduated with a Physical Education degree. In 1986, he moved to what was then Salem College (now Salem International University) where he served as special teams coordinator and secondary coach. In 1987, he became Salem’s defensive coordinator and in 1988 took over as head coach. At 25 years old, he was the youngest college head coach in the country. He was 2–8 in his first season as head coach, after which the college announced it was dropping its football program.

FULL ARTICLE AT WIKIPEDIA.ORG
This article is licensed under the GNU Free Documentation License.
It uses material from the Wikipedia article "Rich Rodriguez."
Back to Article
/