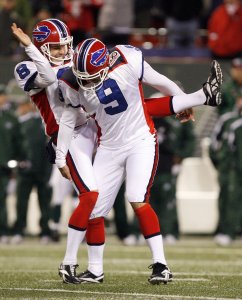 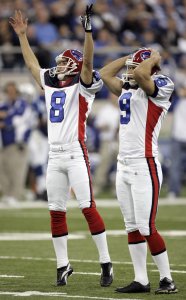 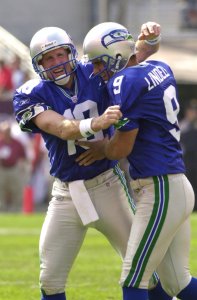 Rian Lindell (born January 20, 1977 in Portland, Oregon) is an American football placekicker for the Buffalo Bills of the National Football League. He was signed by the Dallas Cowboys as an undrafted free agent in 2000. He played college football at Washington State where he was a part of Alpha Kappa Lambda fraternity.

Lindell attended Pacific Junior High School (now Pacific Middle School) in Vancouver, Washington. One of the sports directors at the school has his team jersey hanging on the wall in his class.

FULL ARTICLE AT WIKIPEDIA.ORG
This article is licensed under the GNU Free Documentation License.
It uses material from the Wikipedia article "Rian Lindell."