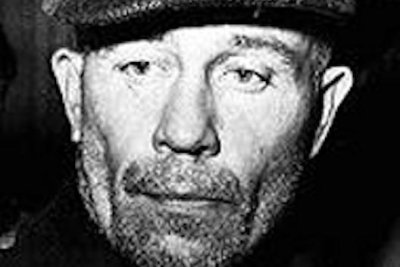 Top News // 4 years ago
The Almanac
On Nov. 16, 1933, the United States established diplomatic relations with the Soviet Union.

Science News // 5 years ago
Study predicts chance of mega-earthquake in the Aleutians
Scientists predict there's a nine percent chance a magnitude 9 or larger earthquake will strike the Aleutian Islands in the next 50 years.

Rhett Butler is a fictional character and one of the main protagonists of Gone with the Wind by Margaret Mitchell.

In the beginning of the novel, we first meet Rhett at the Twelve Oaks Plantation barbecue, the home of John Wilkes and his son Ashley and daughters Honey and India Wilkes. The novel describes Rhett as "a visitor from Charleston;" a black sheep, who was expelled from West Point and is not received by any family with reputation in the whole of Charleston, and perhaps all of South Carolina. Rhett's enthrallment with Scarlett O'Hara begins when he overhears her declaration of love for Ashley in the library while the rest of the "proper" girls take a nap. He recognizes that she is willful and spirited and that they are alike in many ways, including their disgust for the impending, and later ongoing, war with the Yankees.

They meet again when Scarlett has already lost her first husband, Charles Hamilton, while she is staying with Charles' sister Melanie and their Aunt Pittypat in Atlanta during the war. Rhett, the daring and infamous blockade runner, creates a stir when he outbids (with $150 in gold) ($3,654 as of 2011) the other gentlemen in order to dance with Scarlett, who is in mourning.

FULL ARTICLE AT WIKIPEDIA.ORG
This article is licensed under the GNU Free Documentation License.
It uses material from the Wikipedia article "Rhett Butler."
Back to Article
/