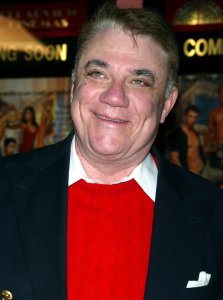 Top News // 4 years ago
The Almanac
On Oct. 2, 1967, Thurgood Marshall was sworn in as the first African-American justice of the U.S. Supreme Court.

There's nothing wrong with Sarah Jessica Parker, that couldn't be cured by wart-removal surgery. That growth on her face just gets bigger with every close-up, and in the full-length movie version of 'Sex and the City' it's so distracting you can't concentrate on anything else

Rex Taylor Reed (born October 2, 1938) is an American film critic and former co-host of the syndicated television show At the Movies. He currently writes the column "On the Town with Rex Reed" for The New York Observer.

Reed was born in Fort Worth, Texas, the son of Jewell (née Smith) and James M. Reed, an oil company supervisor.

He has also acted occasionally, as in the movie version of Gore Vidal's Myra Breckinridge. Reed has also appeared in the films Inchon! and Superman (as himself). Reed was also a regular on the TV show The Gong Show in the late '70s. Reed also served on the jury at the 21st Berlin International Film Festival in 1971. He has also guest voiced as himself on the animated series The Critic.

FULL ARTICLE AT WIKIPEDIA.ORG
This article is licensed under the GNU Free Documentation License.
It uses material from the Wikipedia article "Rex Reed."
Back to Article
/