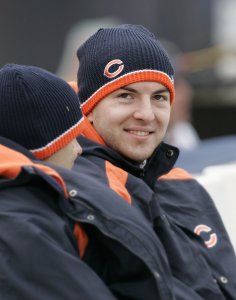 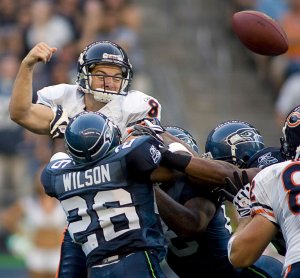 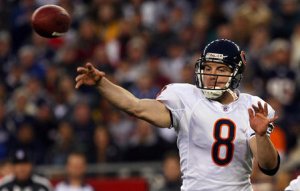 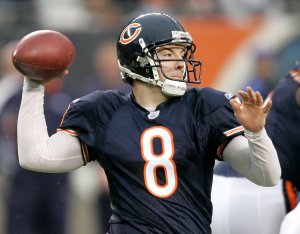 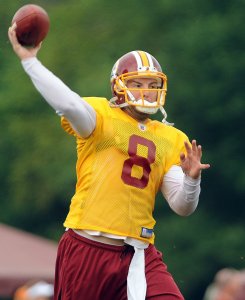 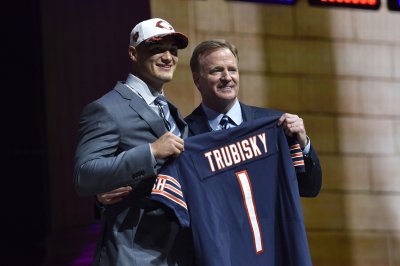 NFL // 3 years ago
Chicago Bears test QB Mitchell Trubisky one fumbled snap at a time
Quarterback development was a foreign concept in Chicago since the Bears picked Rex Grossman in the first round of the 2003 draft.

NFL // 3 years ago
New FOX analyst Jay Cutler advises Chicago Bears to go slowly with QB Mitchell Trubisky
Jay Cutler, the former Chicago Bears quarterback who retired Friday to join the No. 2 NFL broadcast team at Fox as an analyst, has some advice for his old team.

Just to suit up again will be a milestone for me

Coach Teevens is a great coach and a great person

As a college quarterback, Grossman led the Florida Gators to the 2000 Southeastern Conference (SEC) Championship, the 2001 Sugar Bowl, the 2002 Orange Bowl and the 2003 Outback Bowl. He was recognized as a consensus first-team All-American and was the runner-up for the Heisman Trophy in 2001.

Grossman was the first-round draft choice of the Chicago Bears in the 2003 NFL Draft, but spent most of his first three seasons sidelined with injuries. He completed his first full NFL season in 2006, leading the Bears to a National Football Conference Championship and a Super Bowl berth. He lost his starting job three weeks into the 2007 season, and primarily served as the team's backup quarterback afterward. Grossman spent a year as a back-up quarterback for the Houston Texans in 2009, before becoming the Washington Redskins' starting quarterback in the final three games of the 2010 season. Grossman was named the Redskins' starter to open the 2011 season.

FULL ARTICLE AT WIKIPEDIA.ORG
This article is licensed under the GNU Free Documentation License.
It uses material from the Wikipedia article "Rex Grossman."
Back to Article
/