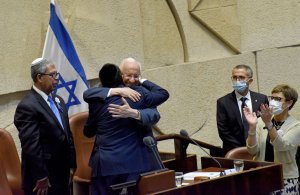 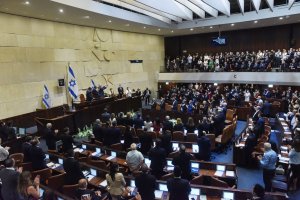 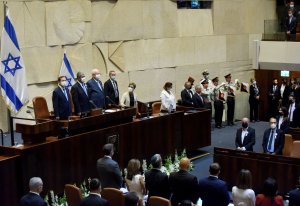 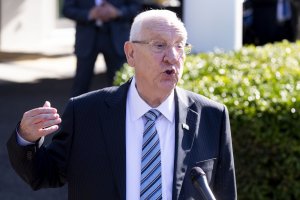 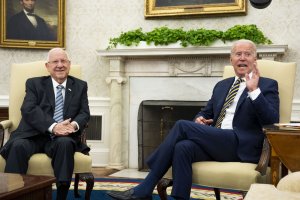 World News // 6 months ago
Netanyahu says move to oust him as Israeli prime minister 'dangerous'
In his first remarks since the formation of a government coalition that appears likely to remove him from his post, Israeli Prime Minister Benjamin Netanyahu slammed the power-sharing alliance Thursday.

Tawfik Toubi was one of the first parliamentarians in Israel, and left his stamp on the Israeli Parliament

Reuven Rivlin (Hebrew: ראובן ריבלין‎, born 9 September 1939) is an Israeli lawyer, politician, currently serving as a speaker of the Knesset. He belongs to conservative Likud. A former Speaker of the Knesset, in 2007 he ran in the election for President as the Likud candidate. He withdrew after the first round of voting when it became clear that Kadima MK Shimon Peres had sufficiently broad support to inevitably win in a run-off.

Born in Jerusalem, he received an LL.B. from the Hebrew University of Jerusalem and worked as a lawyer.

FULL ARTICLE AT WIKIPEDIA.ORG
This article is licensed under the GNU Free Documentation License.
It uses material from the Wikipedia article "Reuven Rivlin."