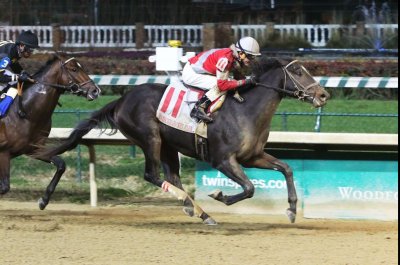 The Remsen Stakes is an American Grade II race for Thoroughbred horse race run annually near the end of November at Aqueduct Racetrack in Queens, New York. The one and one-eighths mile race is open to two-year-olds and currently offers a purse of $200,000.

Inaugurated in 1904, the Remsen was named for Colonel Joremus Remsen (1735–1790) whose family at one time owned a large portion of Long Island and who became leader of the American Revolutionary forces at the 1776 Battle of Long Island.

FULL ARTICLE AT WIKIPEDIA.ORG
This article is licensed under the GNU Free Documentation License.
It uses material from the Wikipedia article "Remsen Stakes."
Back to Article
/