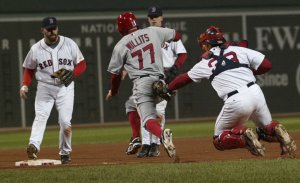 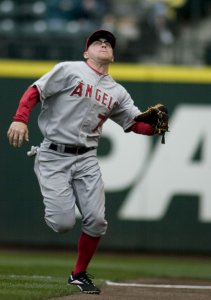 Reggie Gene Willits (born May 30, 1981 in Chickasha, Oklahoma) is a Major League Baseball outfielder with the Los Angeles Angels of Anaheim.

Reggie is the son of Gene and Judy Willits of Fort Cobb, Oklahoma. He attended junior high and high school at Fort Cobb-Broxton. He is an alumnus of the University of Oklahoma, and he played junior college baseball at Seminole State in Seminole, Oklahoma.

FULL ARTICLE AT WIKIPEDIA.ORG
This article is licensed under the GNU Free Documentation License.
It uses material from the Wikipedia article "Reggie Willits."
Back to Article
/